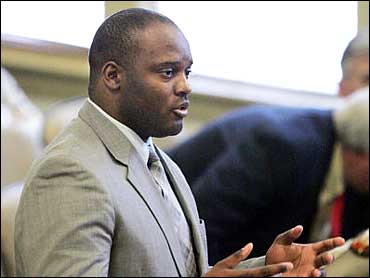 ATLANTA -- Authorities say the operator of a Georgia crematory where more than 330 decaying corpses were found stacked in outbuildings and scattered in nearby woods has been freed after serving more than a decade in prison.

Marsh ran the Tri-State Crematory near Noble in northwest Georgia, about 100 miles northwest of Atlanta. After the bodies were found in 2002, Marsh pleaded guilty to nearly 800 criminal charges related to fraud and corpse abuse.

His lawyer, McCracken Poston, tells The Daily Report that Marsh never was able to offer any explanation of why he didn't cremate the bodies.

The case attracted international news coverage and inspired a book and a movie.