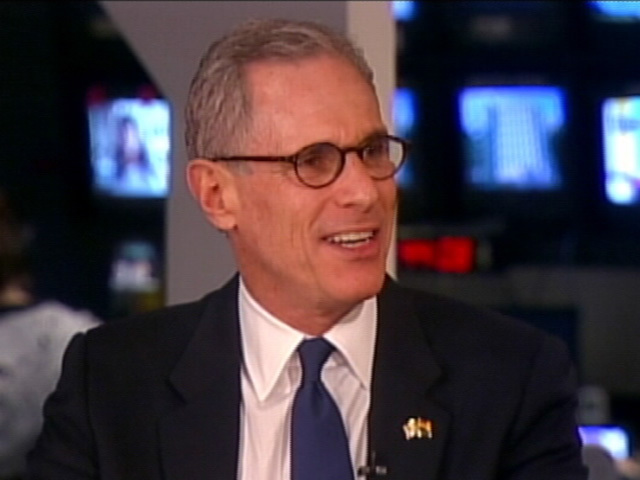 Barely hours after filing his intent with the FEC to run for the 2012 Republican nomination for president, Fred Karger stopped by Washington Unplugged to formally announce his decision.

Explaining what brought him to this moment Karger said, "It was the culmination of a lifetime of political work. It was a very exciting moment."

This is the first time Karger has run for political office, but he has been a behind-the-scenes player for 35 years -- serving as an advisor to Presidents Ford, Reagan and George H. W. Bush.

Karger says he's an "outsider" but has "political experience."

He is also the first openly gay presidential candidate. Cordes asked when so many of his fellow Republicans are opposed to gay rights and same-sex marriage why he would chose to run as a candidate of that same party.

"Being a gay Republicans is kind of an oxymoron," he said, "I have been a fighter in my party, I have always been on the more moderate side but I'm also a protégé of Lee Atwater. We need to open up this party and that's one of my reasons for running. The party should not be dominated by one faction or another. It should be open to all."

Karger also weighed in with his thoughts on his potential opponents in the GOP race, taking particular aim at Newt Gingrich.

"He's yesterday's news... and he's living in the past. I think we need some new, fresh leadership," he said.

Karger also had some choice words for President Obama when it came to his leadership skills. As he told Cordes, "The guy's been a disappointment. He's not a happy guy, he needs Zoloft. He's just not optimistic."

Karger is still a long-shot and although he's thrown his hat in the ring, many of his would-be opponents have the instant name recognition that he lacks, but he remains optimistic.

Watch Karger explain why a gay candidate can win the GOP nomination.

Watch Karger weigh in on his possible Republican opponents.

Watch Karger explain how he would handle the crisis in Libya.

Judge tells Giuliani to appear in Georgia, by "train or a bus or Uber"
Lauren Seifert

Lauren Seifert is an associate producer for CBSNews.com.