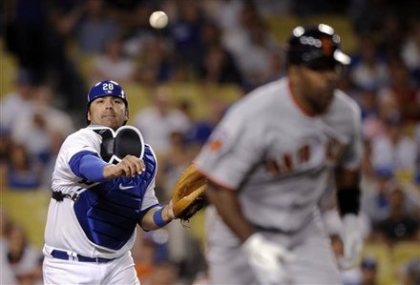 Sgt. Sanford Rosenberg says two men in Dodgers clothing followed three men in Giants gear as they walked to their car after the on-field rivals squared off. Rosenberg says the attackers yelled slurs against the Giants and began kicking and punching the men.

One victim suffered a head injury and was hospitalized in critical but stable condition. Rosenberg says the injury is not life-threatening.

Maybe baseball is on the way to becoming the "national pastime" once again?