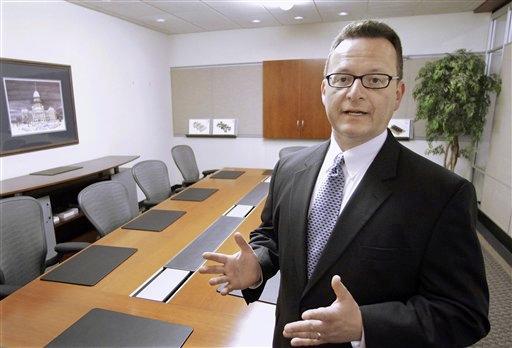 Juggling between its need to keep prices up without having them explode, OPEC agreed Friday to reduce its daily oil output by 1 million barrels a day — and reserved the right to cut deeper early next year if crude turns much cheaper than now.

However, despite the decision, U.S. gasoline prices may be heading down, an analyst said.

"The good news is lower prices in the next 30 or 40 days to the tune of 10 or 20 or even 25 cents a gallon, but then early in 2005, we're going to have a price spike very similar to the price spike that we saw last year," Tom Kloza, chief oil analyst with Oil Price Information Service, told CBS Radio News.

That increase also won't have much to do with the OPEC decision, Kloza said. U.S. refining rates are going down, while consumption continues to go up.

"We're still driving more, year after year," he said. "Maybe we're driving more by about 2 or 3 percent, and we're not producing more."

Benchmark U.S. crude futures have fallen by almost a quarter since the record prices of more than $55 a barrel in late October. The decline has been sharpest in the last week or so, spurred by increases in U.S. petroleum inventories, mild winter weather and little sign of a slowdown in OPEC output.

The move by OPEC represented a decision to go down the middle, in a bid to prevent further revenue losses amid a recent downward price trend, while trying to reduce the kind of volatility that rocketed prices up to record highs earlier this year, leading producers scrambling to meet demand.

Saudi Oil Minister Ali Naimi said the cut will be implemented starting Jan. 1. He told reporters that OPEC would meet again at month's end to review the cut's effect on prices, which have fallen sharply recently but remain high above previous established levels.

OPEC is trying to get overproduction under control, said Kloza.

"This isn't really about cutting production, per se, it's about probably getting a little bit more of a hold on some of the cheating," he said.

If effective, the output reduction would scale back output to the group's overall ceiling of 27 million barrels a day.

OPEC's two other options — doing nothing, and risking continued losses, or reducing the quota target and precipitating a new oil crisis — were clearly not appealing to members. Their decision to try and end quota busting appeared to be a bid to reduce the risks both ways.

Still, the decision to meet again Jan. 20 was meant as a signal that OPEC was ready to defend current prices — a message driven home at the Cairo meeting by several oil ministers.

"We will implement this cut and watch the market," Libya's oil minister Fathi Hamed Ben Shatwan told reporters. "If there are good prices, then fine. If prices keep dropping, then we'll take new action."

In another bid to keep markets from roiling, the 11-nation group resisted pressure from some members to raise its target rates — the prices it sees as fair — for OPEC crudes.

That band is now at between $22 to $28, below the lower $30s some members would like to see it at and far under present market prices.

Still, oil ministers made clear that the bar had been raised at least informally.

"We should be very careful and monitor the market very closely," he added.

OPEC Secretary General Purmono Yusgiantoro of Indonesia touched on the need for stability after months of "excessive speculative activity."

He said the group would reassess its current price band at the January meeting in Vienna.

Sentiment for turning down the spigots gathered momentum earlier this week when oil giant Saudi Arabia indicated it was receptive to the idea.

"We have done everything to moderate the price," the Saudi minister said, alluding to overproduction in recent months. "It is moderating and it will probably moderate more."

Earlier, the London-based Al-Hayat Arab newspaper reported that if OPEC decides to cut overproduction, Saudi Arabia — responsible for most of the overproduction — would scale back its January output by 500,000 barrels a day.

The OPEC meeting comes amid members' concern about a possible oil glut in the second quarter of 2005 and prices that are now a quarter below their peaks above $55 a barrel.

In recent months OPEC's members had been pumping more than 30 million barrels a day with Iraq included. Iraq has been exempted from quotas to enable it to rebuild its economy.

But an international energy monitoring organization said Friday that because of violence and other problems in Iraq, its production fell sharply last month, dragging down total OPEC output.

The recent fall in prices reflects replenished stocks, slowing economies, high production by both OPEC and non-OPEC countries, a relatively mild Northern Hemisphere winter, and less of the speculative futures buying that led oil to settle at $55.17 twice in October.