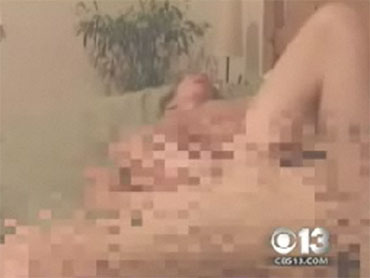 (CBS13 Sacramento)
ELK GROVE, Calif (CBS) A class of fifth graders in California got a shocking crash course on the birds and the bees courtesy of their teacher and an x-rated home video she accidently included in a DVD of classroom memories.

The error was not caught until after the DVDs were distributed to the students and their families. Parents tell CBS 13 Sacramento that the woman is a good teacher that made an honest but embarrassing mistake.

According to the station, the offending DVD starts with a menu screen that displays various school trips and functions. Click on one of them and "you see kids in a classroom sharing stories. They then start clapping and the video suddenly cuts to sex."

The teacher, according to CBS 13, called one family's home the day after the DVD was sent and apologized profusely, "asking the man and his wife to call every parent they knew to stop their kids from seeing the DVD too."

"All she could say was that it was a horrible mix up," said one father.

CBS 13 reports that the local school district is investigating the case, but that it is unlikely that teacher, who is well-liked and respected, will lose her job.

But there is good news in all of this. School officials say a new, more appropriate, DVD will be sent to students in the coming days.

(Facebook via Tennessean)
July 7, 2009 - Slideshow: Steve McNair's Mistress
As family and friends of murdered NFL star Steve McNair come to grips with his passing, and police wait for ballistics results from the gun found at the murder scene, new photos of McNair's mistress have come out, providing a rare glimpse into the slain football hero's hidden world. Read full post...>

(Bosch Law Firm)
July 7, 2009 - The Stripper, The Pizza Boy and The Bondage Bungalow
A married dad of two; a remote mountain cabin; a stripper tied up on the couch - what could possibly go wrong? Everything, if you are David Jansen, 46, of Snellville, Ga. Read full post...>