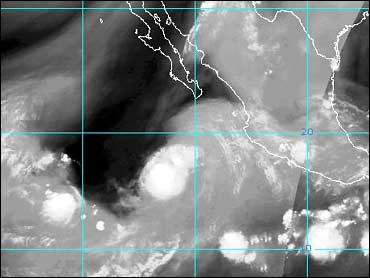 Tim Eyman, who became widely known for pushing tax-revolt initiatives, admitted Sunday night that he has taken $45,000 in campaign contributions as salary and had intended to divert another $157,000 this year.

Eyman told The Associated Press that saying none of the donations made their way into his personal bank account "was the biggest lie of my life."

"The fact is, it is true that I made money in past campaigns and planned to make money on future campaigns."

As recently as Friday, Eyman stuck to his story that funds he had diverted to his for-profit consulting firm, Permanent Offense Inc., were being held for future initiative efforts and not for his personal benefit.

Eyman said he took $45,000 from the firm in December of 2000 after running Initiative 722, a measure that capped property tax increases, and I-745, requiring 90 percent of all transportation spending go to road construction.

Before blowing the whistle on himself, he said he had planned to pay himself $157,000 later this year after running two more initiative campaigns.

Eyman said he intends to continue his work pushing initiatives, but intends to be paid, and to be up front about it.

He said he may become a professional initiative consultant, or may simply take a salary as a campaign expense, as allowed by campaign finance laws. Eyman emphasizes that he did nothing illegal.

"Great question. I don't have a clue," Eyman said. "I will send a letter to my supporters asking them what to do, giving the donors an opportunity to ask for a refund. At this point, nothing is in my control. It's like, sit back and throw yourself on the mercy of the court."

On Friday, after press accounts of the massive transfers to Permanent Offense, Eyman lied to newspaper, radio and television reporters, saying he wasn't personally benefitting.

Over the weekend, he said the weight of his lies caught up with him.

"I was in lie mode," he said. "I became riddled with guilt. It was the biggest lie of my life and it was over the stupidest thing in the world. The biggest thing I'm guiltiest of is an enormous ego. Hubris."

The news stunned Christian Sinderman, a longtime Eyman critic and a consultant with the Washington State Council of County and City Employees.

"Oh my gosh," he said. "I stumbled upon the fact that he was lying and taking money last summer, and Tim Eyman spent seven months stonewalling and lying to the people of Washington state. He owes more than an apology. He owes the donors their money back."

Eyman said he spends virtually full time on his initiatives and needed to compensate for his lost income. He also sells wrist watches by mail from his Mukilteo home.

He said he tried to hide his backdoor way of getting paid so he could keep the moral high ground.

"This entire charade was set up so I could maintain a moral superiority over our opposition, so I could say our opponents make money from politics and I don't."

yman said he became consumed with the heady power of running initiatives and felt the man-of-the-people angle was part of his cachet.

By David Ammons © MMII The Associated Press. All Rights Reserved. This material may not be published, broadcast, rewritten, or redistributed