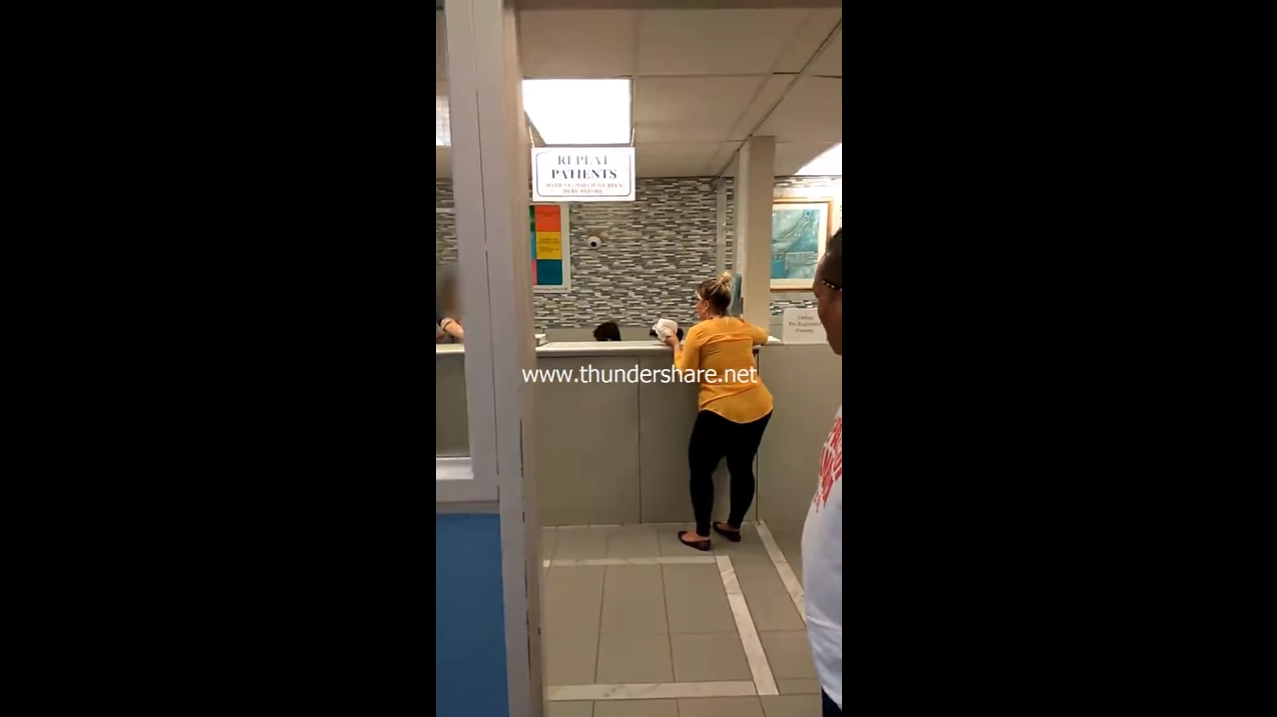 MISSISSAUGA, Ont. -- Video of a woman demanding for her son to be seen by a "white doctor" at a walk-in clinic in Ontario has gone viral.

CTV Toronto reports the four-minute argument was recorded by a patient in the waiting room at the Rapid Access to Medical Specialists clinic on Sunday.

In the video, an employee is heard explaining to the woman that a "white doctor" would not be available until 4 p.m. to see her child. To which she responds, "So you're saying in the whole entire building there isn't one white doctor? You're telling me my kid has chest pains [and] he's going to have to sit here until 4 o'clock. Can I see a doctor that's white that doesn't have brown teeth and speaks English?"

Other patients waiting for appointments chimed in, suggesting that the woman should take her son to the hospital. But she refused and continued to demand to see a "white doctor."

She is later heard saying, "Oh my God, what type of horrible country do I live in? My kid is sick. I want to see somebody else. Being white in this country, I should just shoot myself."

At one point, a patient who appeared fed up with the situation confronted the woman, calling her actions racist. She is heard saying, "Your child clearly has more issues with you being his mother than him needing to see a doctor. You are extremely rude and racist. You want to talk about tacky people being in a hospital, maybe you should check yourself in."

The woman responded by saying, "You're brown, you're all attacking me because I'm white."

Security eventually escorted the woman out of the building. Police said a doctor treated the child.

On Tuesday, Ontario Premier Kathleen Wynne reacted to the incident on Twitter saying, "Racism and hate have no place in Ontario."

"The clinic is proud of the quality of medical provided at this clinic," the facility said in a statement.

The video has been viewed more than 20,000 times since Sunday.

The woman declined to comment to CTV Toronto about the incident.