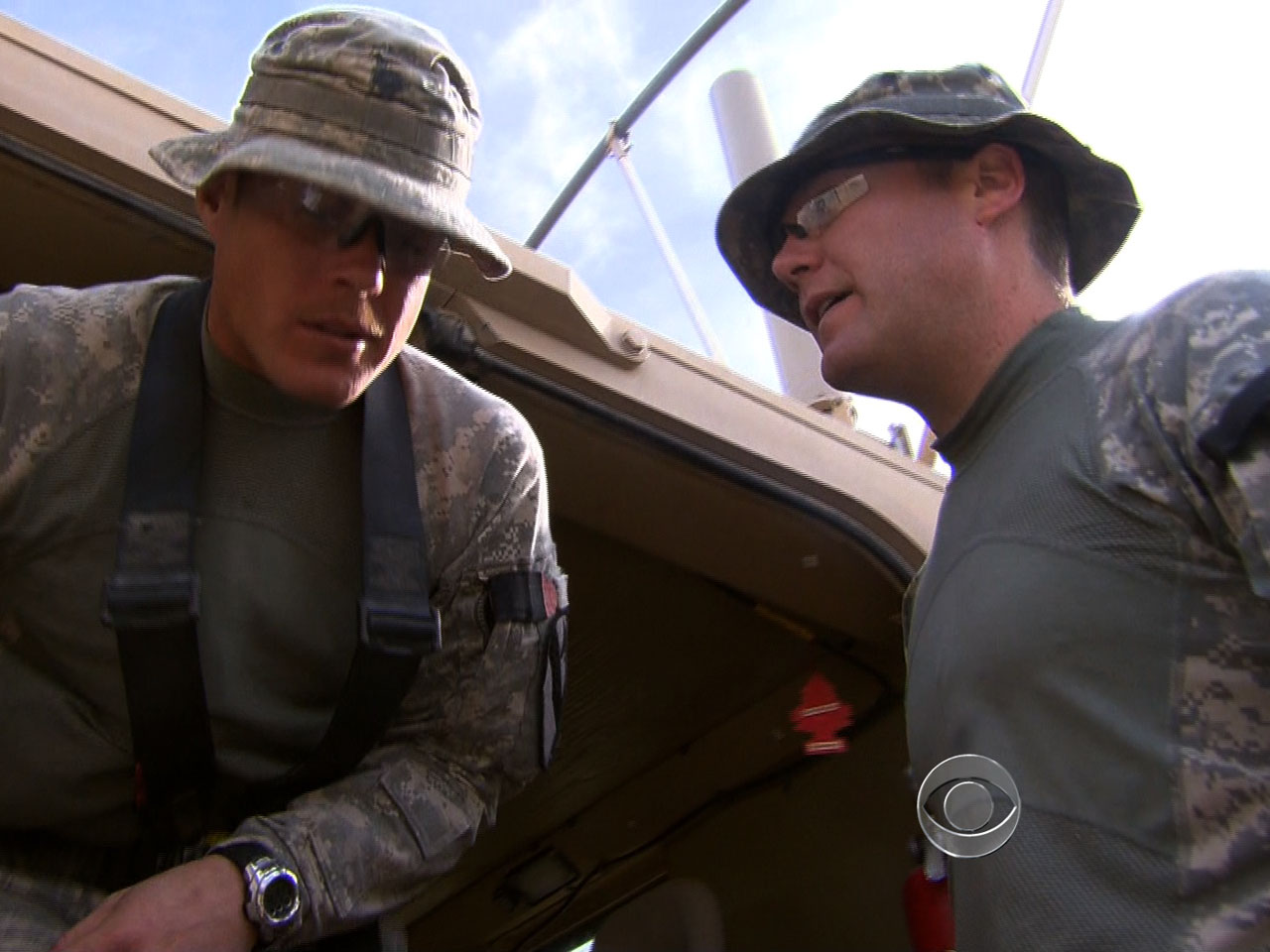 CBS News correspondent Jim Axelrod met some of them at Camp Kalsu, and found their work is far from over.

At Camp Kalso Army base, 60 miles south of Baghdad, soldiers of the 1st Brigade, First Cavalry, are making their final checks. It won't be long now before they load up and move out.

Lt. Justin Lucas will command 100 soldiers and 20 vehicles when they pull out. In 2003, Lucas was among the first soldiers into Iraq. Now he'll be among the last to leave, and is trying to keep things business as usual for his unit.

"I think they are all excited to be getting out of here, but they're all still very focused. They understand that there is a real threat," Lucas said.

These soldiers are preparing for their last mission in Iraq, and even though it will just be a nine hour drive to Kuwait - assuming all goes well - they'll still be a high profile target for anyone wanting to take one last shot at the United States.

"They would love nothing more than to bloody us up on the way out and they can show that to people and say: 'Look, we ran off the Americans,'" Lucas said.

Teacher lends student shoes off his own feet for graduation

Essential workers push to get COVID vaccine next

That is why soldiers who've been clerks, or cooks, or fuel handlers are suddenly getting intensive training on skills they may need to get home alive.

Justin Lucas left the Army right after the invasion to go back to college, and regretted it immediately when he realized he couldn't help out when the fighting was at its fiercest.

He re-enlisted as soon as he got his degree, then pushed to go back to Iraq. As he prepares to leave, he's thinking of five Army buddies - Justin, Jason, Damien, Pierre, Jose - five soldiers killed in Iraq.

"I guess if I think about them it's mostly to wonder if their sacrifice was justified," Lucas said, adding that he still doesn't know the answer.

Chances are, Lt. Lucas won't be the only soldier weighing that very serious question on the way out of Iraq.