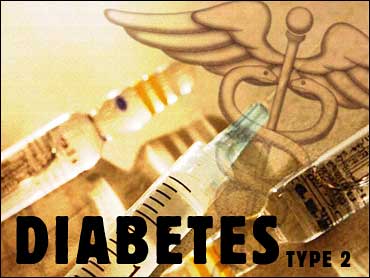 Gabe Mathews felt funny at school last week, so the 9-year-old went to the nurse, who discovered the diabetic boy's blood sugar was very low. Later that night, his mother tested him again — only to find it was much too high.

Such swings are common for children with Type I diabetes, the rarer form of the disease, which affects 206,000 people under the age of 20. Type 1 diabetes was previously known as juvenile diabetes.

Notifying a child's doctor of such rapid changes can help determine a cause and quickly change an insulin regimen. The problem: Doing so quickly, said Gabe's mother, Michele Kilo, a physician at Children's Mercy Hospital in Kansas City.

Cerner Corp., one of the country's largest providers of electronic health care records, on Wednesday announced a $25 million plan to provide a Web-based system connecting all children with Type I diabetes with their physicians for free.

The 10-year effort will establish personal health care records for each child, which can be accessed by the patient's family and health care provider through a secure Web site. It will record glucose levels, carbohydrates and insulin injections, reducing clinical visits and possibly heading off medical problems.

"We're really trying to prove the value of connecting a person with a chronic medical condition with their physician," said Neal Patterson, chief executive of Kansas City-based Cerner. "We think that's one of the most valuable things information technology can do."

Besides helping diabetics, however, the campaign is also an early experiment in the burgeoning area of electronic health records.

The Bush administration has set a goal that most Americans will have computerized health records available within a decade. Supporters contend electronic records avoid medical mistakes, improve care and are cheaper to store than paper records. Critics often cite privacy and costs as concerns.

Patterson said that by the time the diabetes program is over, he expects the market for such online, on-demand records to be in full swing — and for Cerner to have staked its place in that market. "We're not trying to be a consumer brand in the near term," he said. "But we are glad that it will get us greater recognition in the community."

Children's Mercy is one of 16 hospitals and health centers around the country that have agreed to participate in Cerner's program and recommend it to patients.

Patients and doctors will not need any additional equipment or software other than an Internet connection. Patterson said "proxies," such as libraries and school health clinics, could be used for children whose households don't have Internet access.

Dr. Nathaniel Clark, national vice president for clinical affairs of the American Diabetes Association, said it's unclear how many children the program could ultimately serve. But he said improving communication between patient and doctor is critical for such a disease, since delays in treatment can quickly snowball into emergencies that can lead to complications such as blindness and amputation.

"There's the potential of improving the quality of care and the use of the health system," he said.

Type 1 diabetes is serious, but people with diabetes can live long, healthy, happy lives, the association says on its Web site.