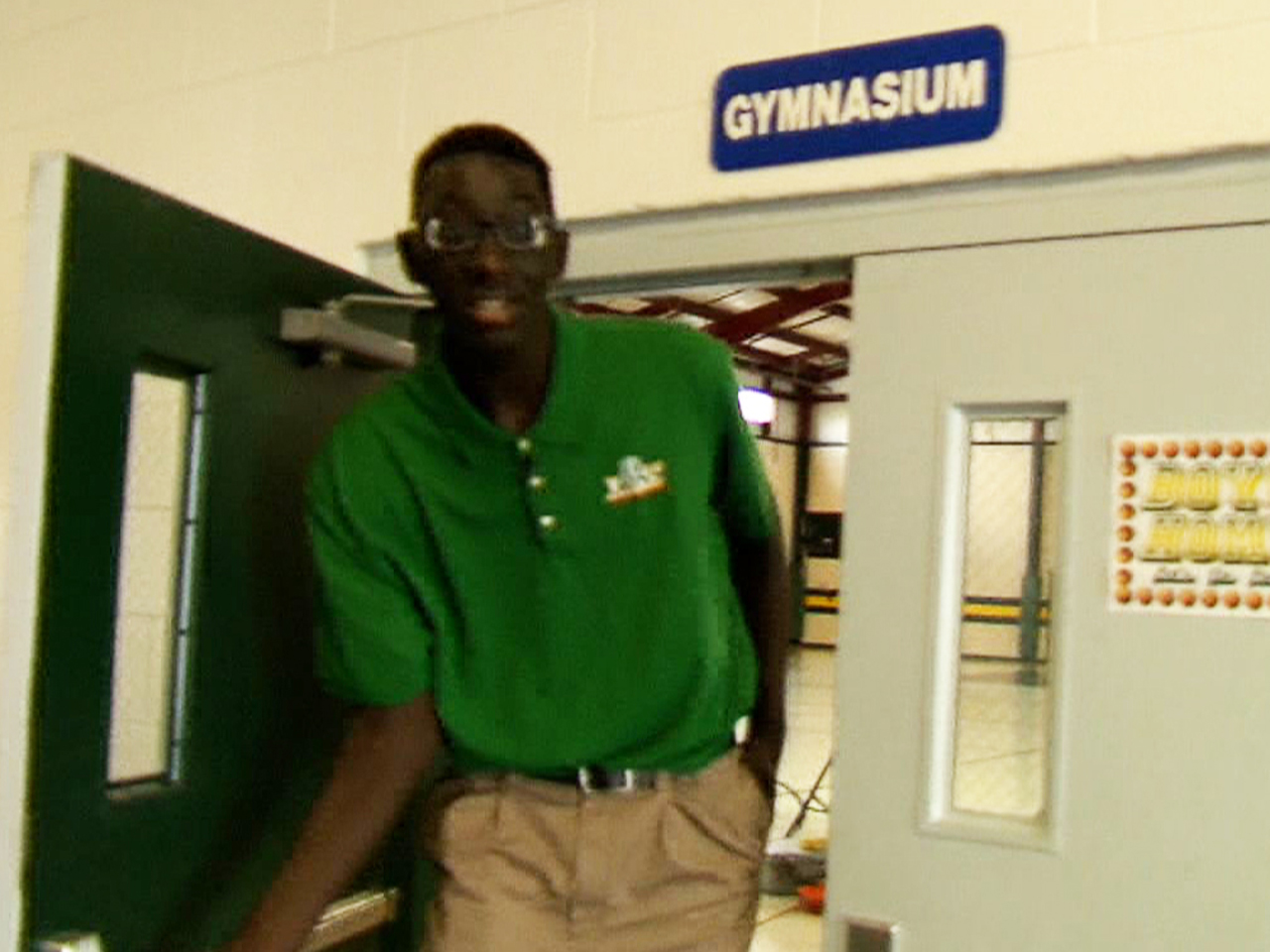 Video of a giant Florida basketball player, Elhadji "Tacko" Fall has more than 3.5 million online views. It was posted nearly three weeks ago. The 18-year-old seen dunking, rebounding and blocking in the video may be the tallest high school athlete in the country.

And as CBS News correspondent Vicente Arenas learned, he's also a towering talent off the court.

Fall, or "Tacko" as he's known to his friends, makes dunking look easy. Of course, it doesn't hurt that he's 7 feet 5 inches tall.

Asked what it's like to just walk up and dunk, Fall said, "That feels great. That feels amazing, and then I see my teammates on the side cheering. It feels great."

Fall's wingspan is eight feet. His shoe size is 22 -- the same as Shaquille O'Neal's, but Fall has four inches on the legendary center.

He can also literally look down on every current player in the NBA.

Basketball seems like a natural fit, but Fall, a high school junior, is still new to the game.

A native of Dakar, Senegal, he just started playing the game six months before he came to the United States in 2012.

He's since been embraced by the Lions at Liberty Christian Prep in Central Florida, living with another family as a part of an international host program.

Rev. Greg Watts, of Liberty Christian Preparatory School, said, "He was bouncing from school to school and needed some stability, and we brought him here not to play basketball but just give him an opportunity to have a stable life in America here."

Asked if he'd like to keep playing basketball, Fall said, "Yes. Hopefully yeah. If I don't, I want to be a biochemist."

Fall is a star student with nearly a 4.0 grade point average, excelling at chemistry and math. He also speaks four languages.

Fall, asked about being away from his family, said, "(It) doesn't feel good. Sometimes I think about them and start crying. I still talk to them every day. I wish one day I can bring them over."

His mom and his brother don't have a computer so they haven't been able to see the YouTube video that spurred Fall's new-found celebrity.

As far as his future, Fall wants to keep playing basketball and eventually attend college in the U.S.

He's already off to a great start, keeping his head firmly planted on his shoulders no matter how high up in the clouds it might naturally be.