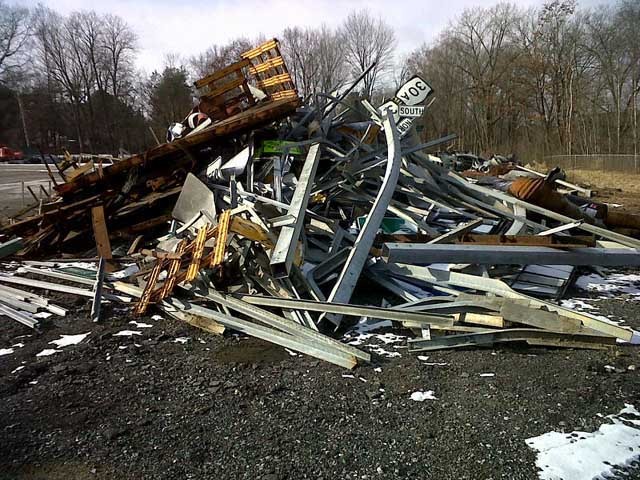 It's no secret that the recession has been tough on states - leaving dozens running big annual deficits, broadly cutting services, and even facing bankruptcy.

Some have raised revenue by raising taxes. New York, at least in part, is turning to eBay.

The state is selling surplus goods from state agencies - everything from vending machines to commercial equipment to computers to scrap metal - on an eBay user page, New York Daily News reports. And while the $1.3 million that the online sales netted the state last year won't exactly solve the budget crisis, every little bit helps.

"Items being sold this week included a rusting voting machine, which had a top bid of $15.50; commercial dryers, which had a sole bid of $10, and a 30-ton pile of scrap metal that was going for more than $202," the Daily News reported Friday.

(Apparently the Daily News story boosted traffic to New York's seller page. The top bid for the 30 tons of scrap metal is now up to nearly $1,000.)

Want to get in on bargains like "a used snack vending machine ($355), a disassembled pool table ($128) and a commercial-sized vegetable peeler ($660)"? The page is here. Keep in mind that the state doesn't ship - you have to haul away anything that you purchase.