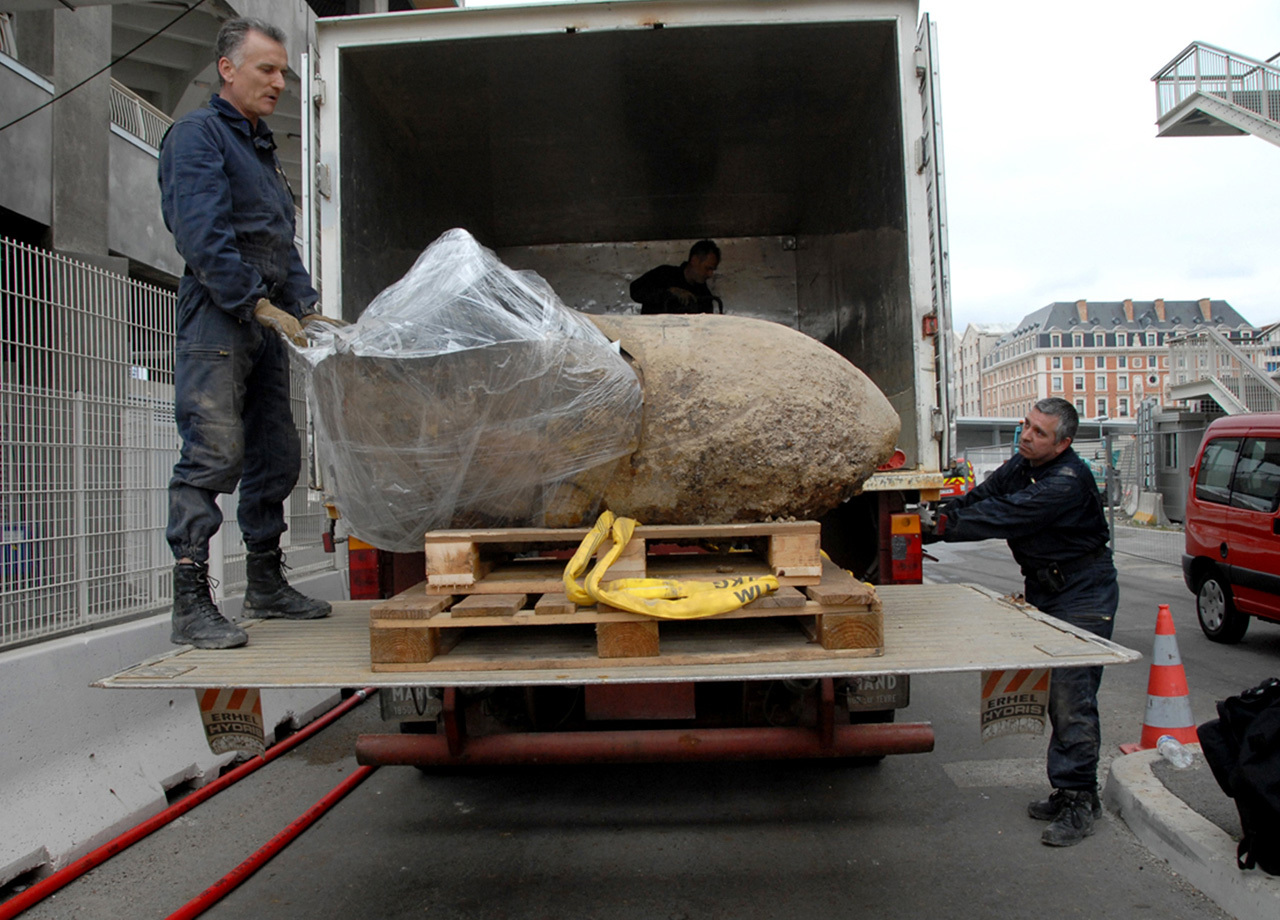 MARSEILLE, France - Officials in Marseille have evacuated an area around the French Mediterranean city's port so they can remove a 1-ton German bomb that dates to World War II.

Around 1,000 people were asked to clear out Sunday. Boat traffic has been halted and access to several coastal roads blocked.

The bomb will be taken to a military base to be detonated.

It was discovered a week ago by construction workers who accidentally pierced the explosive with their back hoe.

The regional government says the bomb's ignition system no longer works but the sheer amount of explosives — 1,400 pounds — made it dangerous.

The bomb was apparently buried by German soldiers, who had planned to destroy the city's port, as they retreated near the end of the war.