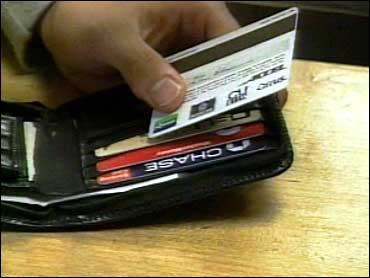 Victims of identity theft can alert banks and credit companies through one-stop dialing, thanks to a pilot program announced Tuesday by the financial services industry.

The Financial Services Roundtable, which represents 100 institutions handling about 70 percent of the economy's financial transactions, is creating an Identity Theft Assistance Center to help fight the rising incidence of the crime.

"Nothing is more important to a healthy, vibrant economy than consumer confidence," said Dick Kovacevich, chairman of Wells Fargo & Co., who is handling the pilot program. "Financial institutions need to provide a single point of contact."

The Federal Trade Commission, in the most comprehensive government survey of the problem, said last month that identity theft cost consumers and businesses $53 billion last year alone. About 9.9 million Americans found that someone last year took money brom their bank accounts, or obtained a credit card or official document in their name.

The financial industry group said its program would begin on May 1, 2004, and involve its 100 members, including such credit card giants as Bank One Corp., Citigroup Inc. and MBNA Corp.

Under the program, people who believe they are victims of identity theft would make one phone call to their local bank, which in turn would contact the assistance center. The center would then call the victim and obtain an affidavit to be sent to law enforcement officials, credit card companies, financial institutions and the credit bureaus.

In addition, financial institutions that receive applications for credit or loans could run the requesting person's name through the center's database to make sure that the name of the person asking for the money is not the same as someone who has reported that he or she is a victim of identity theft.