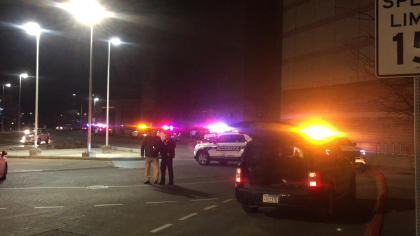 MINNEAPOLIS -- Authorities say one person is in custody  and two people were hurt after a stabbing at the Macy's store at the Mall of America Sunday night.

Bloomington police responded to Macy's at the Mall of America at about 6:44 p.m. on a report of a stabbing. When officers arrived, they learned the incident started after a theft was interrupted.

Police say the stabbing happened in a dressing room at the Macy's store. Authorities say a suspect was trying to steal belongings from another person in the fitting room, was confronted by the person and then stabbed the person.

While the Macy's store closed early, the Mall of America stayed open and was not placed on lockdown. Deputy Chief Mike Hartley says the rest of the patrons were not in any danger.

The Mall of America has more than 520 stores and attractions that include an amusement park and an indoor zip line.