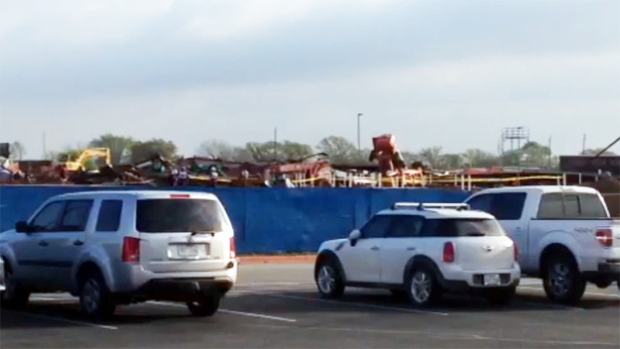 ARGYLE, Texas -- One worker has been killed and three hurt when the steel frame of an under-construction activities center collapsed outside a North Texas school.

The superintendent of the Argyle Independent School District says no students, parents or employees were in danger. Telena Wright confirmed one construction worker died and three were injured. She had no additional information about the victims.

Wright says crews were working on an indoor activities center for the school in Argyle, about 20 miles north of Fort Worth.

Authorities are trying to determine what caused the collapse. Beams and other parts of frame were scattered on the ground. Several construction vehicles were under the debris.

CBSDFW.com reports that the structure was being built by Northstar Builders Group, which is based in Coppell. A bond package passed last year included $3.7 million for the activity center, to be used by the school's band and athletics groups.