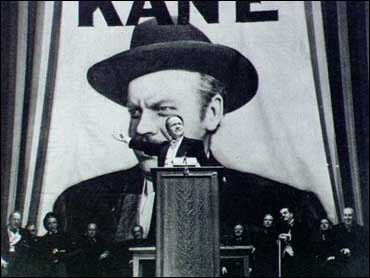 Human beings are storytellers. It is part of our genetic makeup. From cave paintings to mind-numbing advertisements and the mental catheter that is television, tales are told.

In fact, we cannot help but tell stories. Simple conversations resulting from simple questions like, "How was your day" provoke stories. Since their inception as grunts and gurgles to paintings and refined literature, they've come a long way and across numerous media.

We are compulsive storytellers, spending millions of dollars and many years of our lives creating new ways of sharing those narratives. Whole industries have been birthed through the desire to tell stories.

It can be argued, then, that video games are our latest and most immersive storytelling vehicles yet. As such, where is our great video game "literature"? More to the point: Will video games ever have their "Moby Dick" or "Citizen Kane"?

"My first response is to ask whether the analogy is the right one," Henry Jenkins of the Massachusetts Institute of Technology told me. "If the question is, 'Will video games become a serious art form in their own right?' I think the answer is inevitably yes. Whether the analogy is to literature or to dance or to cinema or theater or any number of other media, it's hard to know what the right approximation is. In a way, to frame the question that way is like saying, 'Will cinema become theater?'

"We have to say that there are things that theater does that cinema never would do; there are things that cinema does that theater could never do. At the end of the day, we don't look at every movie we see and say, 'that wasn't as good as the play.' The problem is whenever you're in a new medium, the first attempt is to begin to say, 'does it look like X?' Because that's the vocabulary we have."

For all their advantages, video games don't allow for stories to be told in the traditional manner. The player is, by definition, not the same as the reader of a story. The player is the catalyst for the events in the game. He is not passive.

"It doesn't mean that they can't generate aesthetically and socially meaningful experiences which communicate complex ideas in a rich way," says Jenkins. "So, if we take that as our definition of art, then, in fact, I think games are already there and will get deeper and deeper as they go along."

But Jenkins also points out that rigid story arcs and predetermined outcomes belie the true nature of video games.

If we take Leo Tolstoy's "War and Peace" (the Russian epic that reconstructs Napoleon's invasion of Russia and its turning point at Borodino) as an example, Jenkins says that it is as if Tolstoy desperately wanted to be game designer Will Wright or Sid Meier. Tolstoy wanted a medium that allowed him to simulate this event and then rearrange the pieces to see what the outcome would be. He was looking for a way out of the static narrative.

Acclaimed graphic novelist Warren Ellis is less optimistic, "Great storytelling begins and ends with the storyteller, not the physics engine or the rendering," he says.

Ellis is currently working on a video game script. He says he enjoys the "hired gun" aspect of doctoring concepts and creating a narrative that moves the player through a gaming company's vision. He's positive about the work itself.

"But let's be straight," Ellis says. "You're not going to get anything on the level of 'Kane' in video games until someone somewhere pays an honest-to-God writer to sit in a room and create a story themselves that they are passionate about telling through game play and visual narrative."

Ellis continues, "Committees will give you kinda fun B-movies and mildly entertaining network television. But if you want an actual story that people will remember, then you go to an actual writer first and you stay with that writer throughout the process — and that's not going to happen."

Jamil Moledina, director of the Game Developers Conference, has another take on the issue,

"With videogames, the audience takes the teller's baton and continues to tell the story," he says. "This way, the game player enjoys the storyteller's thrill, adapting the narrative to his or her satisfaction, while also being the audience for the narrative elements that the game developer provides."

The problem with discussing video games, and the stories therein, is the comparisons to other narrative vehicles like film and literature. We have never had a storytelling medium like video games.

"In a way, games represent as fundamental a shift in storytelling as the hybrid engine represents to the automotive internal combustion engine," Moledina says. "Here, game playing represents the hybrid of both aspects of storytelling, where the audience is empowered to self-propagate the storytelling creation and enjoyment. This stimulates their own creativity and gives them the experience of controlling their destiny."

"Until recently, games have had predictable outcomes, much like choose-your-own-adventure style books. However, games like Will Wright's The Sims and Peter Molyneux's The Movies represent games with outcomes exponentially beyond the limited binary outcomes of early games. This shattering of the predetermined outcome is a radical departure from the prehistoric model of storytelling and the conformist, mass communication social models that align with moral-oriented myths," contends Moledina.

"Instead," he says, "we have the emergence of an individualized, self-reliant, independent thinking storytelling model that has the potential to satisfy and develop the unique intelligence and personality cocktail that separates human beings from herd animals."

There's a huge discussion to be had about the intra-video game world as far as genres go. Can shooters be as emotionally gripping as a role-playing game? In truly open-ended games that never really end, are the developers limited to a certain amount of "story" if the player can completely abandon the precreated set of missions? Are massively multiplayer online games, like World of Warcraft, restricted because once the world is in the hands of the community, the game company has limited power over player interactions?

In titles like Fallout or Neverwinter Nights, or perhaps the most renowned, the Final Fantasy series, emotion, personal choice and dilemma are very much the crux of the games' success. As such, production houses write the story and design the game to cater to the player and attempt to evoke an emotional investment from them. These are distinctly separate from the more mindless games in the shooter genre which, like the Serious Sam games, laugh in the face of emotional attachment.

MMORPG's stand somewhat separate because the player is supposed to create his own world. They are, by their very nature, uncontrollable stories. The rest of the gaming industry does seem to hold true to the above rules created by Ellis. It's all about the writing.

Video games, as visceral and social experiences, are getting better and better. This can be partially attributed to technological advancements. Now we can see alien worlds and the coronas of twin star systems; we can see the sweat and the stink and the bowels of our opponents. It is wonderful. We can talk to a person on the other side of the globe that we just scored against. We can be awed and stunned by the beauty and the art of gaming.

But where does that take us?

Video games, as narratives, are not getting better. This can be partially linked to technology: Who needs a good story when we have "next-gen" HD rubbish being rammed down our throats.

Did we even ask for "next-gen?" What the does next-gen mean? Prettier inanity?

Game companies do not seem to believe that telling better stories is in their best interest. They've generally relied on the graphics and the bells and whistles to sell games. With a few exceptions, they've never tried to sell us on emotion or character. This can be partially blamed on us, the gamers. Soon, however, gaming companies might have to change their ways.

The best next-gen game is mediocre when compared to — heaven forbid — a good book. Video games have no Charles Bukowski or H.P. Lovecraft or William Faulkner or Ernest Hemingway; we have no Akira Kurosawa or Francis Ford Coppola or Orson Wells or Alfred Hitchcock; we have no Dylan Thomas or William Blake or Allen Ginsburg or Emily Dickinson to move us.

Shigeru Miyamoto, Hideo Kojima, Tim Schafer, Sid Meier and Will Wright are creators who might come close to those big names. But however close we might be, we aren't there yet. A case can be made for Role Playing Games like Fallout because of the open-ended, epic and yet personal nature of the genre.

Who can deny that they tried to keep Dogmeat, your canine sidekick in Fallout, alive until the end of the game all while thanking heavens for the 'Load' button were he to be chunkified by stray gun fire?

Choices for games of major storytelling caliber are obvious - though I am painfully aware of the fact I cannot list all the deserving games; Shadow of the Colossus, the Half-Life games and the Myst series are shining examples of narrative in video games done right. The character motivation in Shadow is simple enough – it certainly isn't complex, anyway – but stories don't need to be complex to work brilliantly.

Spending too much time talking about the possibilities of video games is leading to a slowdown in actual progress. Creating powerful narratives is the next step — not shinier guns or ultra-realistic intestines. We need real emotional and intellectual experiences. The potential is there for video games to become the paramount medium and it won't be through the resolution they're played at. It will be through the stories they tell.

Sean Vitka contributed to this report.