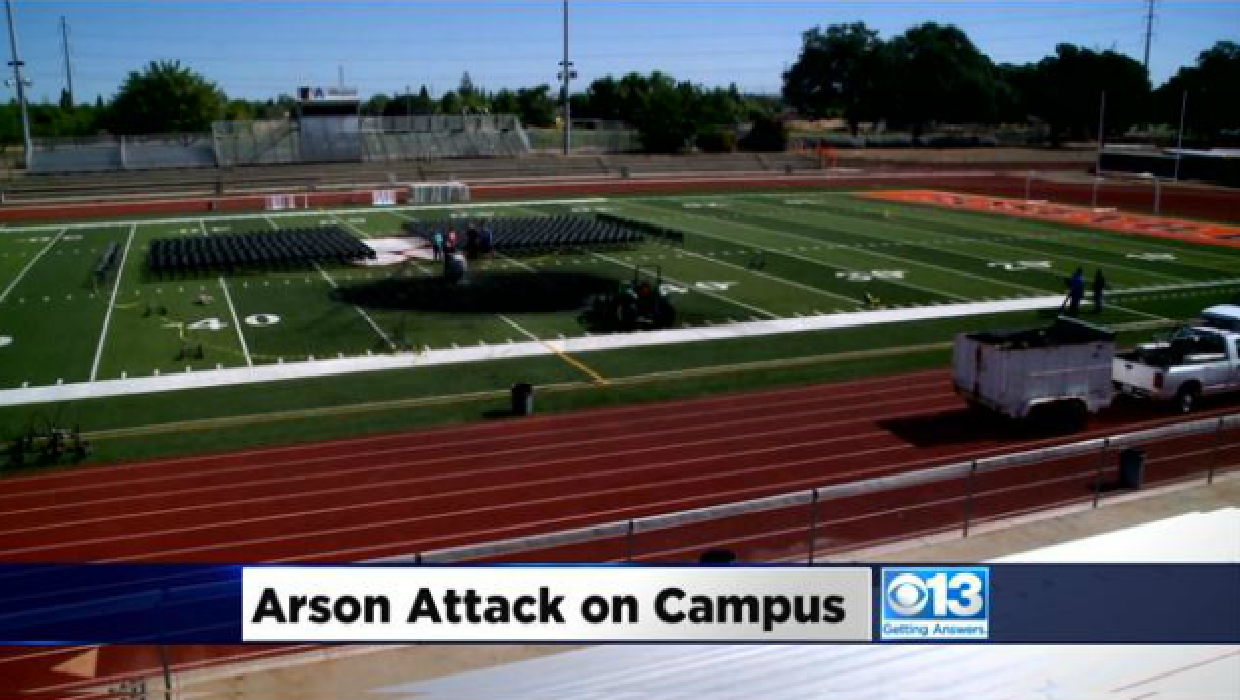 The fire was first spotted by a security guard on campus, and firefighters soon found that the stage that was going to be used for Friday's graduation was engulfed in flames.

The stage was destroyed and part of the field it was on - including the custom tiger paw print in the center of the field - was damaged, according to the station.

Eighteen-year-old Roy Loya and a 17-year-old boy, who remains unidentified, were arrested Thursday morning in connection with the incident. They both face charges of arson, felony vandalism and conspiracy.

Police say the two are seniors and would have graduated Friday.

The students are believed to have caused at least $70,000 in damage. The school's field is made of artificial turf and if the whole field needs to be replaced, it could costs up to $1 million, according to CBS Sacramento.

"I think it's a stupid, mindless act. Why would you do that to someone's school?" Roseville High student Felicia Taeza said.

The school reportedly arranged for a new stage to be brought in so the graduation ceremony can go on as planned on Friday.