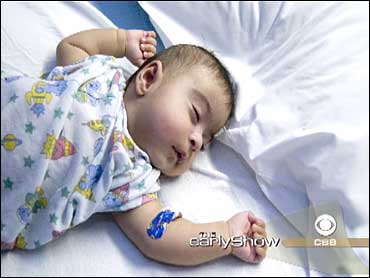 On March 7, 63 men and women departed from Anchorage, Alaska, and headed for Nome. Over the course of the next week they will travel over 1150 miles in temperatures far below zero. They will face hunger, fatigue, and the impenetrable loneliness only the wilderness can offer.

But the Iditarod is more than a human challenge. It is a race not only into Alaska's wilds, but into Alaska's past. The Iditarod harkens back to an era in which dogs were an indispensable source of labor and symbol of a rugged and colorful way of life.

There's Dogs in Them Thar Hills
Prior to the invention of the airplane the dog-drawn sled was the primary means of travel across a snowy landscape. The Iditarod Trail itself began as a mail and supply route from the coast of Alaska to the mining towns that dotted its interior. Mail and supplies would be carried in and the spoils of the mines would be carted out.

But with the advent of the airplane and eventually, the snowmobile, the dog was quickly ousted from its role. Only the legends and lore of the era remained - romantic images of rugged miners, hearty mushers, and proud, powerful dogs.

The trail itself might have been lost to the ages had it not been for an Alaskan named Dorothy Page. Page, Chairman of the Wasilla-Knik Centennial in the early 1960s, was seeking ways to commemorate the event. She was intrigued by the romance of the Gold Rush era and as an historical tribute, planned a short race on a part of the old trail. In the years following, the race was expanded, and in 1973 the first modern Iditarod reached the city of Nome.

Call of the Wild
Each driver or "musher" commands a team of 12 to 16 dogs at the start of the race. They may finish with as few as eight. The teams will pass through a series of checkpoints at which the musher will feed and rest his or her team. Although the teams travel night and day, the dogs receive an average of 10 to 12 hours of sleep in a twenty four-hour period. The mushers often receive as little as two, as much of their "off " time is spent caring for their dogs.

Animal care and treatment are a large concern of Iditarod organizers as the race has come under fire from animal rights advocates. The race seems to conjure up Jack London images of wild dogs straining under the lash. In fact, mushers use only verbal commands to control their dogs. They are permitted to "drop" dogs at the checkpoints, leaving the tired animals to capable veterinarians and attendents. The death or injury of any dog can result in disqualification.

A Whole Lotta Love
And while the event depends upon the dogs to function as work animals and to act in an obedient fashion, the dogs are like family to their mushers, and the stereotype of severe treatment and training through punishment is largely outmoded.

Four time champion Susan Butcher's "symbiotic" relationship with her dogs wa profiled in a 1991 edition of Sports Illustrated. And 1997 Iditarod Champion Martin Buser has repeatedly received the coveted Alaska Airlines Leonhard Seppala Humanitarian Award for outstanding care of his team. Popular opinion seems to hold that a bond of trust and affection is the best training technique.

So while the event is a throwback to an age in which the master-servant relationship between man and beast was the norm, that model does not really hold true for the contemporary Iditarod. It is an event that straddles the ages in terms of man's relationship with his "best friend".

Written by Steven Shaklan with graphic design by Dana Byerly