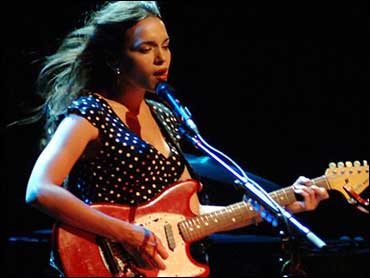 The Bush administration insists it won't negotiate with Afghanistan's Taliban government, but sources say U.S. and Taliban officials did meet at a Pakistani hotel.

Four days after the Sept. 11 terror attacks, five Americans checked into a hotel in Quetta, one of the most potentially dangerous cities in Pakistan.

Taliban sources say one of them was a Taliban military commander.

Asked if this was a meeting between U.S. officials and the Taliban, U.S. ambassador Wendy Chamberlin replied simply: "No, sir."

The State Department also denied that any meeting with the Taliban might have taken place.

But CBS News has met with an Afghan-American businessman who
describes himself as a middleman and says he attended a meeting on September 16th between the U.S. and Taliban officials in the hotel in Quetta.

"I was very encouraged by the United States officials," recalls Kabir Mohabbat. "They used restraint and very friendly terms, and they spoke very friendly with each other."

Mohabbat says the Americans presented three demands: hand over Osama bin Laden, extradite foreigners in Bin Laden's organization who are wanted in their home countries, and shut down Bin Laden's bases and camps.

"I don't have the names of the camps or where they are located," says Mohabbat, "but the United States (has) documents that they would like to hand over to the Taliban."

Security at the hotel was significantly increased when the U.S.
delegation was here, according to an informed source.

This is in a town where even foreign journalists aren't allowed to leave the hotel compounds without an armed escort.

The American and Taliban officials checked out on the same
day - Sunday September 16.

It is unclear at this time if any more talks are going on.