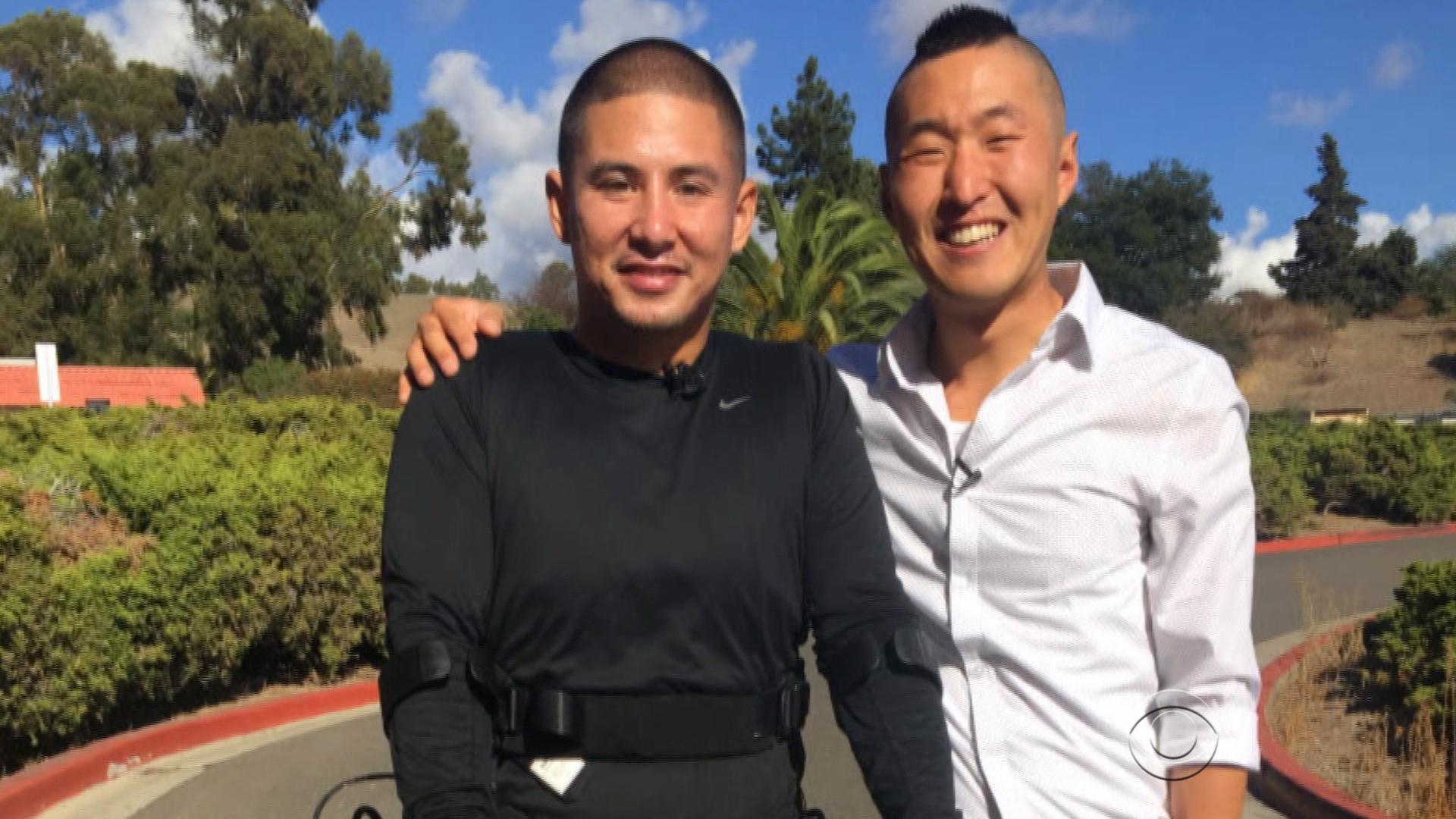 CASTRO VALLEY, Calif. -- By any logical standard, 28-year-old Eugene Yoon made the craziest decision of his life last spring.

"I remember kind of just like looking up at the sky and saying, 'God, are you sure about this? 'Cause I'm pretty happy right now,'" Eugene told CBS News. "It felt like a calling, but I tried to reject it for about 2 months 'cause it was just too outlandish."

What Eugene felt called to do was one really big random act of kindness. He didn't know who was supposed to help or how -- all he knew was that he had to help someone, and it had to be life-altering. And that's when a video came across his Facebook page.

It was a video of a guy he never met named Arthur Renowitzky -- a paraplegic in a t-shirt with bold letters of bold defiance. After being mugged, shot, and paralyzed eight years ago, Arthur vowed that he would walk again someday.

And when Eugene heard about that, he called Arthur immediately.

"He wasn't going to give up until I was walking again," Arthur said.

Eugene isn't a doctor -- he has a film degree. Which makes you wonder, how he was he going to make Arthur walk again?

"This is the part -- I had no idea at the time," he acknowledged.

Eventually, though, he learned about an exoskeleton device that can help some people walk again. Unfortunately, it costs about $80,000.

So, to pay for it, Eugene quit his job at a research company in Northern California to hike from the California-Mexico border to Canada.

Along the way, he posted videos of the adventure and asked people to donate on social media. Until, round about mid-Washington state -- when Eugene learned that he had reached his fund-raising goal.

All this, to help a total stranger.

"To quit his job, to go into debt from doing this, to help me get back on my feet -- you don't meet people like that every day," Arthur said.

Eugene Yoon felt called to make a difference in someone's life. But when he heeded that call, he had no idea what a difference he'd make -- until proof rounded the corner, the first time Eugene got to see Arthur walk.

"I call him my brother now. We are brothers," Arthur said. "I'm just very thankful to have a friend like him."

Makes you wonder, that little voice Eugene heard -- was that ever about helping someone with a hardship? Or was it about helping two someones with a friendship?