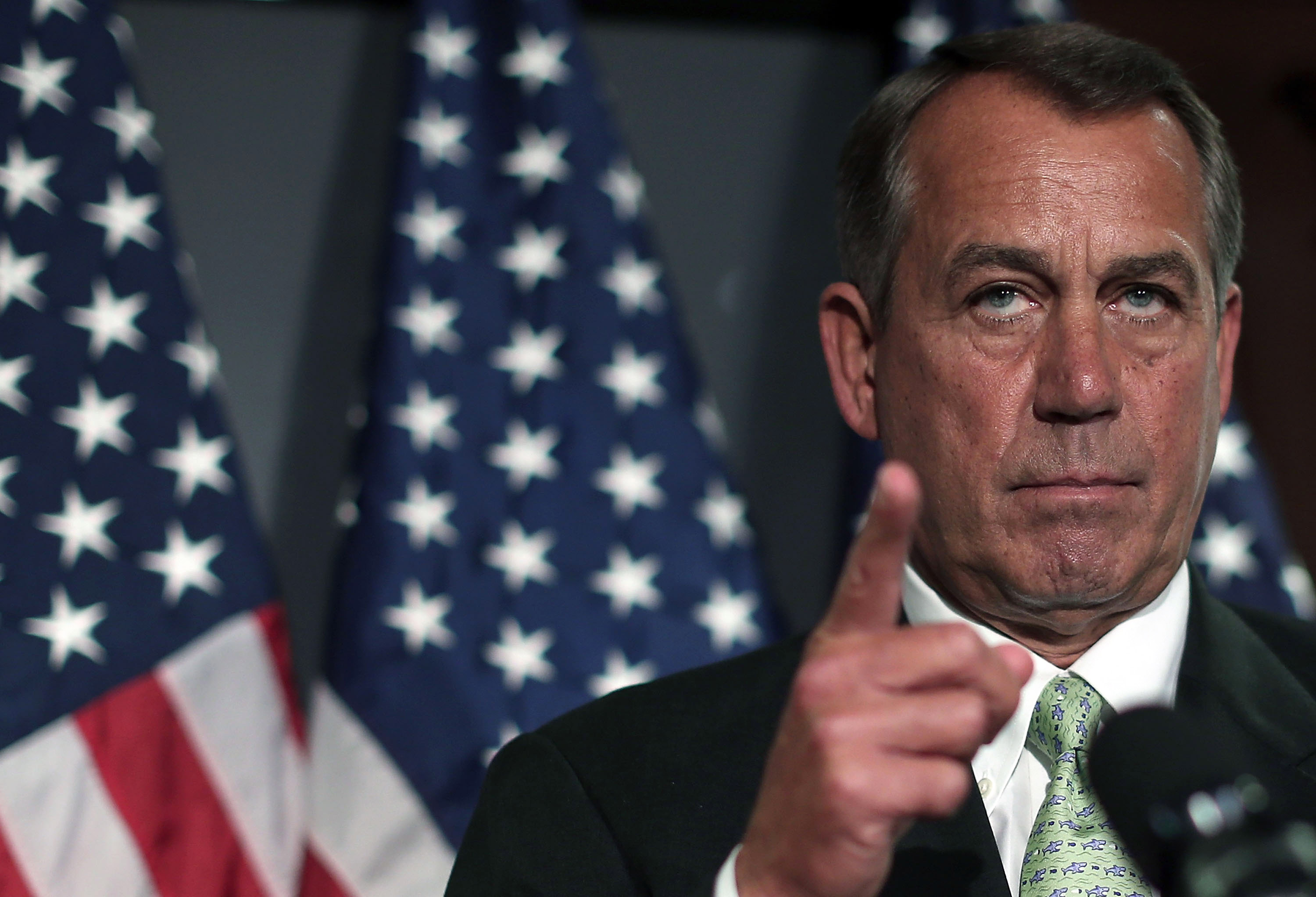 House Speaker John Boehner, R-Ohio, clearly frustrated with the lack of a solution to avert the sequester, which kicks in on Friday, let some frank language slip on camera today, pushing the Senate to act on dealing with the impending budget cuts.

The president "is going all over the country holding rallies instead of sitting down with Senate leaders," while, Boehner argued, "We have moved a bill in the House twice."

"We should not have to move a third bill before the Senate gets off their ass and begins to do something," he added.

The House bills that Boehner referred to would replace the across-the-board automatic cuts with more targeted cuts.  Meantime, Senate Democrats are pushing a plan that would replace the cuts with a mix of different cuts and tax increases, something the president supports but congressional Republicans do not.

While the Democratic-led Senate is expected to act on that plan this week, it's all but guaranteed the Republican-led House will continue to resist any plan that includes tax increases, hence, the continued stalemate.

In a press conference later, Senate Majority Leader Harry Reid, D-Nev., used his own form of "salty language" to hit back at Boehner.

"I think he should understand who is sitting on their posterior," Reid said. "We're doing our best here to pass something. The speaker's doing nothing to try to pass anything over there."

President Obama visited a shipyard in Newport News, Va., today to point out the effects the sequester will have on businesses and the military.