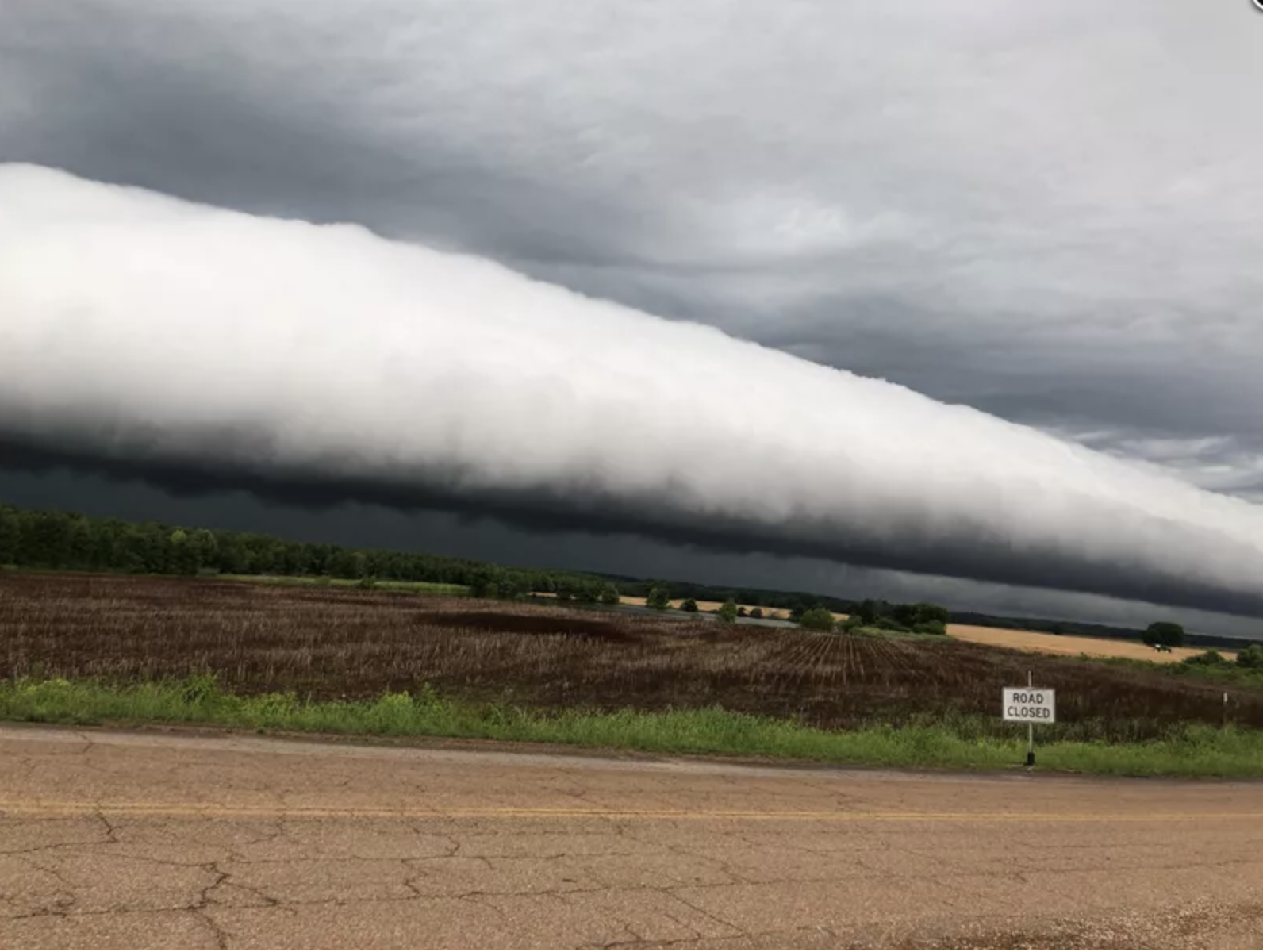 Earlier this month, people near Memphis, Tennessee, spotted an odd formation in the sky after a storm. It was an ominous, cylindrical mass that some likened to a UFO. The mysterious sight prompted at least one person to snap photos, wondering what this UFO-like image might be.

Colby Hutton saw the mass in the sky over Adamsville, Tennessee, as he was driving over a bridge, his mom Angie Hutton told CBS News. Angie shared her son's photo on Facebook, hoping someone could help them identify what it was. Local news station WMC-TV looked into the case.

It wasn't an unidentified flying object, and despite it's odd appearance, it has nothing to do with aliens at all. It's a "roll cloud," the National Weather Service (NWS) explains. These rare cloud formations are "low, horizontal tube-shaped arcus cloud associated with a thunderstorm gust front," or sometimes, a cold front, NWS says.

Roll clouds are completely detached from the thunderstorm base or other cloud features. Roll clouds usually appear to be "rolling" about a horizontal axis, but should not be confused with funnel clouds.

"These rare long clouds may form near advancing cold fronts. In particular, a downdraft from an advancing storm front can cause moist warm air to rise, cool below its dew point, and so form a cloud," NASA explains. Despite the dramatic formation's resemblance to a massive funnel laying on its side, NASA says roll clouds aren't thought to be able to morph into a tornado.

These clouds are so rare, you could go your whole life and never see one in person, CNET reports.

Bride gets special wedding dress for groom, who is blind
Caitlin O'Kane