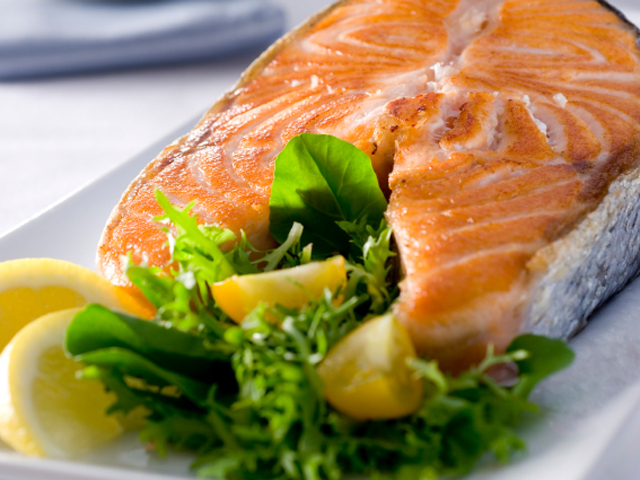 Forget the fish and your brain might become forgetful.

A new study shows that people with low levels of omega-3 fatty acids, particularly those found in fish, such as docosahexaenoic acid (DHA), are more likely to have memory problems.

Researchers say the results suggest diets lacking in omega-3 fatty acids may cause the brain to age faster.

"People with lower blood levels of omega-3 fatty acids had lower brain volumes that were equivalent to about two years of structural brain aging," says researcher Zaldy S. Tan, MD, MPH, of the Easton Center for Alzheimer's Disease Research and the Division of Geriatrics at the University of California, Los Angeles.

Previous studies have already shown that people who eat a diet high in fatty fish like salmon and tuna have a lower risk of heart disease, stroke, and dementia. Researchers say these results may help explain why.

In the study, published in Neurology, researchers measured levels of omega-3 fatty acids in red blood cells of 1,575 older people (average age 67) who were free of dementia. The people were also evaluated for mental function and underwent MRI brain scans.

The results showed that people whose DHA levels were in the bottom 25% of the group had lower brain volumes compared with people with higher DHA levels.

In addition, people with both low DHA and all the other omega-3 fatty acid levels scored lower on tests of visual memory, processing, and abstract thinking.

Researchers say the results suggest that low DHA and other omega-3 fatty acid levels are associated with a pattern of memory and brain function problems even in people free of dementia.