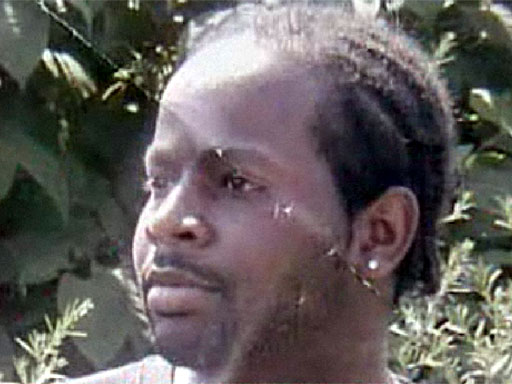 MANCHESTER, Conn. (CBS/WFSB/AP) Family members say Omar Thornton, the man suspected in the Tuesday morning massacre at Hartford Distributors, was a quiet, hard-working man who wasn't a violent person, but was pushed to the breaking point by harassment at work.

Thornton's mother, who lives in East Hartford, said she received a phone call from him shortly after 7 a.m. Tuesday.

According to CBS affiliate WFSB, she says he told her he had shot several people at the beer distribution plant where he worked, and that he planned to take his own life. She said she spent 10 minutes trying to talk to her son, pleading with him to change his mind, but she said she couldn't.

"He said, 'I killed the five racists that was there bothering me,'" said Will Holliday, Thornton's uncle. "He said, 'That's it. The cops are going to come in so I'm going to take care of it myself.'"

Holliday said Thornton had been complaining to relatives that in the several years he worked at Hartford Distributors he was confronted with blatant racism.

Holliday said, "He had some instances of racism at the company. They were hanging nooses in the bathroom and writing stuff like that. They were singling him out because he was the only black person there in that area."

Thornton's family said he had taken pictures of the threats and said they believe he just snapped Tuesday morning.

"This all could have been avoided," Holliday said. "He went to the Union a couple of times with issues concerning what was going on, and it was not dealt with appropriately."

Thornton had been caught on videotape stealing beer from Hartford Distributors and was supposed to meet with company officials when the shootings began, Teamsters official Christopher Roos said.

"It's got nothing to do with race," Roos said. "This is a disgruntled employee who shot a bunch of people."

Thornton's ex-girlfriend spoke to WFSB and said, "He's never been violent that I know of." She told the affiliate that "I don't know what happened inside of him" and said that "Something snapped inside his head."

Union officials said Thornton entered the business with a rifle and a red satchel filled with ammunition.

Complete Coverage of the Hartford Distributors Shooting on Crimesider.