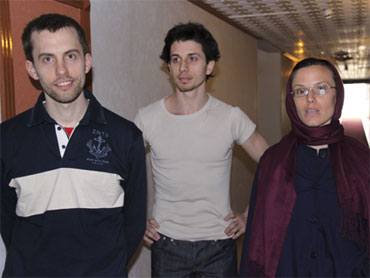 Oman's foreign minister says he's not aware of any current plans for Iran to release two other Americans still being held there, but that his country is willing to act as an intermediary between Tehran and Washington.

Oman played a key role in helping mediate the release of American Sarah Shourd from Iran on Tuesday.

Two other Americans with whom she was arrested last year, Shane Bauer and Josh Fattal, are still being held in Tehran on espionage charges.

Oman's foreign minister, Yusuf bin Alawai bin Abdullah, said by phone Friday that there are "great possibilities" in repairing relations between the United States and Iran.

To help restore ties, he urged American officials to tone down what is seen as harsh rhetoric directed at Iran.

More on the Imprisoned American Hikers: