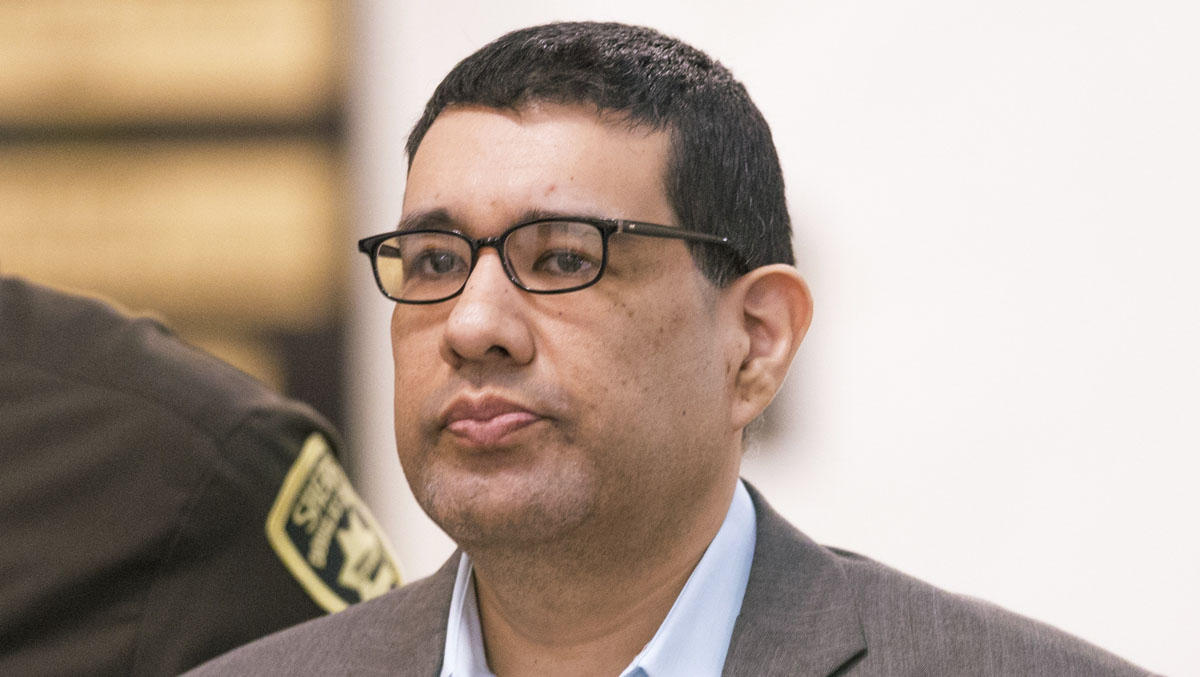 OMAHA, Neb. -- A former doctor was convicted Wednesday of killing four people with ties to an Omaha medical school, including the 11-year-old son of a faculty member there.

The Douglas County jury found Anthony Garcia guilty of four counts of first-degree murder. He now faces either life in prison or death — a decision that hinges in part on whether the state’s voters approve a Nov. 8 referendum to repeal the death penalty.

That case remained unsolved for years, until the 2013 Mother’s Day deaths of another Creighton pathology doctor, Roger Brumback, and his wife, Mary, in their Omaha home. Roger Brumback had been shot and stabbed; his wife was stabbed to death.

Clues in that killing offered up similarities to the killings at the Hunter house five years earlier, and a police task force was formed to look into possible ties between the two events. Investigators said the evidence pointed to Garcia, who they said acted on his long-simmering rage over being fired by the two doctors from the medical school’s residency program in 2001.

Prosecutors said Garcia blamed the doctors for informing other medical schools around the country of the firing, keeping Garcia from being accepted to several of them and from being approved for medical licenses in other states.

More digging turned up Garcia’s credit card purchases and cellphone records putting him in and around Omaha on May 12, 2013, the day the Brumbacks were killed. Police arrested Garcia on a southern Illinois highway about two months after the Brumback killings.

A search of the Brumbacks’ home address on the day of their deaths was found on Garcia’s smartphone, prosecutors said, and authorities linked him to an attempted break-in at another Creighton pathology department doctor’s home earlier that day.

In the 2008 Hunter home killings, neighborhood witnesses had told police they had seen an olive-skinned man in the neighborhood and at the door of William Hunter’s home. They also reported a silver Honda CRV with out-of-state plates. Police later found that Garcia drove that type of vehicle in 2008, when he lived in and had the vehicle registered in Louisiana.

Defense attorney Bob Motta Jr. told jurors in closing arguments the state did not prove beyond a reasonable doubt that Garcia was behind the killings and that two other people of interest also had motives, reports CBS affiliate KMTV.

Garcia did not testify in his own defense during the trial, which began Oct. 3rd.

Members of the victims’ family quietly wept in the courtroom after the verdict was read, the station reports.

“He got what he deserved,” Sherman’s ex-husband Mike told reporters. “Nine years. We waited nine years.”

The jury is set to return Friday to weigh aggravating factors that could qualify Garcia for the death penalty. Sherman said he believes Garcia deserves death.

Garcia’s lawyers said they planned to appeal the verdict.