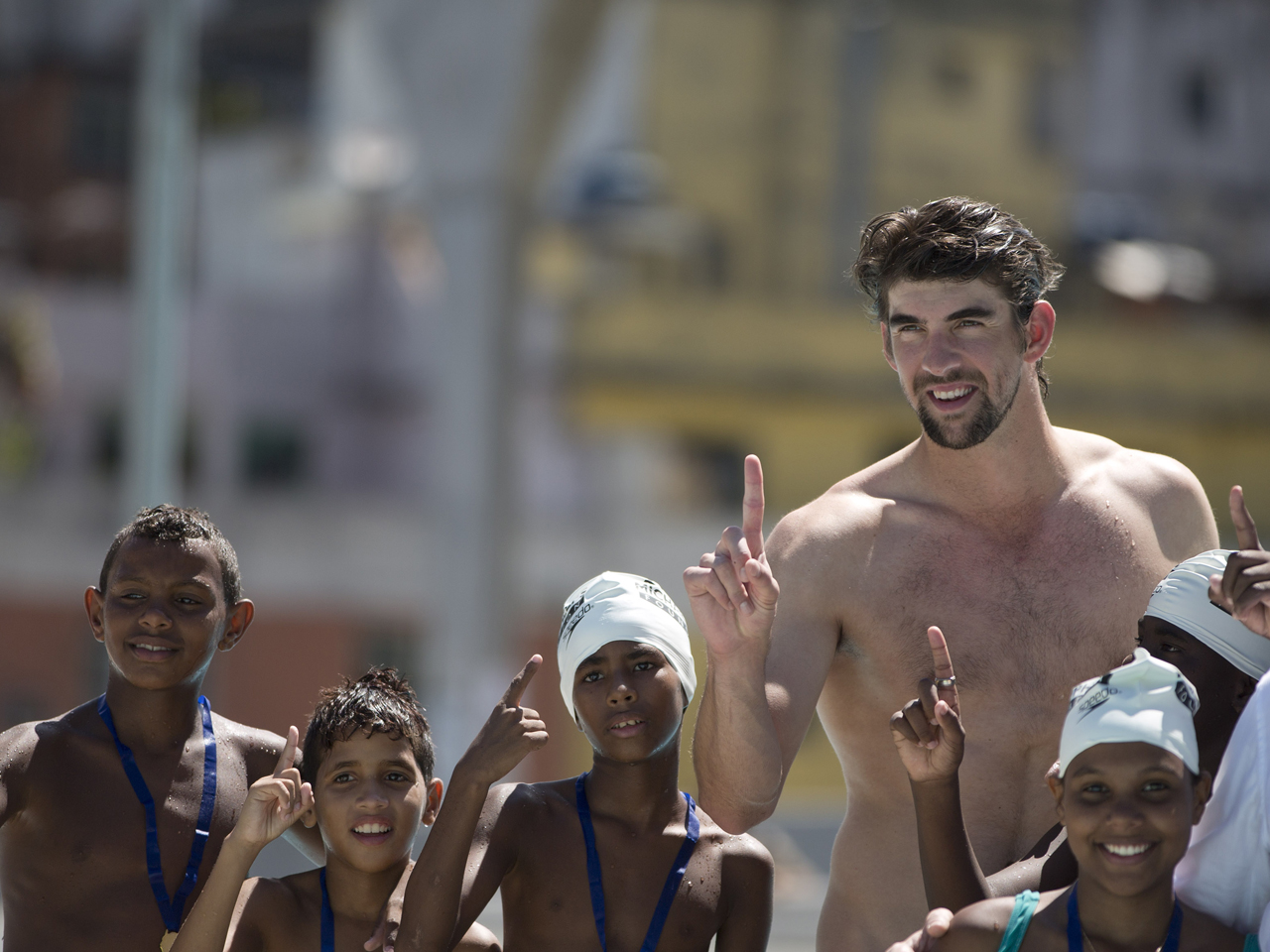 Michael Phelps is coming out of retirement, the first step toward possibly swimming at the 2016 Rio Olympics.

The 22-time Olympic medalist will compete for the first time since the 2012 London Games at a meet in Mesa, Ariz., on April 24-26.

Bob Bowman, the swimmer's longtime coach, told The Associated Press on Monday that Phelps is entered in three events - the 50- and 100-meter freestyles and the 100 butterfly.

"I think he's just going to test the waters a little bit and see how it goes," Bowman said by phone from Baltimore. "I wouldn't say it's a full-fledged comeback."

Phelps returned to training last fall and re-entered the U.S. drug-testing program. He has completed his six-month waiting period by the U.S. Anti-Doping Agency to be eligible for competition.

Bowman said Phelps is "pretty far" from being back in top form. He's been training Monday through Friday with Bowman's team at the North Baltimore Aquatic Club.

"He's gotten back into good shape since September," the coach said. "He can give a good effort and certainly not be embarrassed. He's in enough shape to swim competitively."

Besides Phelps, USA Swimming said Olympians Ryan Lochte and Katie Ledecky are among those expected to swim in the Arena Grand Prix at Skyline Aquatic Center.

Phelps turns 29 in June and is the winningest and most decorated athlete in Olympic history. He captured 18 gold medals and 22 medals overall at the last three Summer Games. He broke Mark Spitz's record for a single Olympics by winning eight gold medals at Beijing in 2008.

Phelps had vowed that he wouldn't swim into his 30s. Since retiring less than two years ago, he has stayed busy with a chain of swim schools, a foundation focused on water safety and appearances on behalf of his sponsors. He devoted lots of time to golf and participated in a reality show with famed coach Hank Haney.

His camp is being low-key about the comeback.

"I think he's just really enjoying it," Bowman said. "He enjoys the training and being physically fit. He just kind of wants to see where he's at. It's more really for fun. It's been nice for me to see him swim just for the joy of it really."

In Mesa, Phelps will swim 100 free and 100 fly preliminaries on the first day. Then, if he qualifies, he'll decide which race to swim for the evening finals, Bowman said. He'll swim the 50 free on the second day and might swim the 50 fly "just for fun," the coach added.

Phelps will stick to the shorter races and some relays rather than the grueling individual medleys he swam during the height of his career.

"He's really doing this because he wants to - there's no outside pressure at all," Bowman said.

Olympian Jessica Hardy, who will compete in Mesa, said many swimmers were surprised by news of Phelps' comeback.

"He kept it pretty much under wraps," she told the AP. "Even if he's not at peak performance, it's great for the sport and each athlete particularly to keep learning from him. I don't think anyone wants to put pressure on him. He's accomplished everything you pretty much can. It's just great to see what else you can do."

Phelps has already entered the remaining Grand Prix meets in Charlotte, North Carolina, in May and Santa Clara, California, in June, although Bowman said no decision has been made on whether he will compete.

Depending on his early results, Phelps could compete in the U.S. National Championships in August in Irvine, California, where teams will be selected for the 2015 world championships.

"I wouldn't say it's 100 percent on the radar," Bowman said. "After Mesa, we're going to sit down and talk about it."