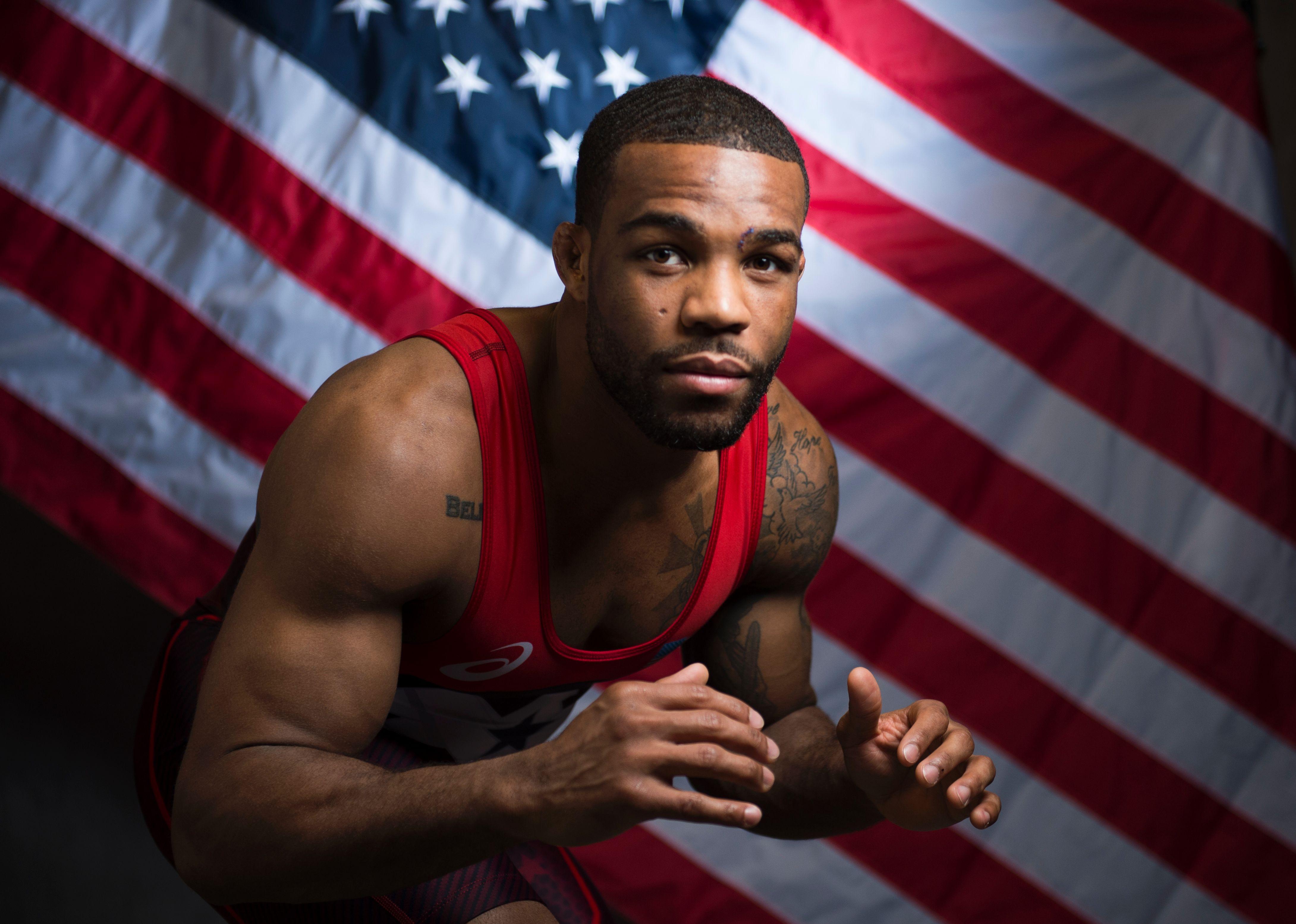 Athletes in Rio de Janeiro are wrapping up a whirlwind two weeks competing in the Olympic games. But for some athletes, their events still have yet to even begin.

Jordan Burroughs, 28, is one of those athletes awaiting his chance at Olympic gold.

Burroughs won gold in the men’s freestyle 74kg wrestling at the 2012 London games. He is back in Rio competing at his second Olympics -- this time though as a father of two young children.

Before Jordan left for the Rio games, he opened up to CBS News about how being a young father affects him this time around at the games, and why his new partnership with Hershey’s “Hello From Home” campaign perfectly aligns with the man he is today.

On how he feels about representing Team USA at the Rio Olympics:

I feel good. It’s tough because you have all these expectations for your performance and you never know what’s going to happen until that day. For the past few weeks I have ramped up training and made sure we are at a good place physically to compete at the highest level.

On what he was most looking forward to in Rio:

Back in London in 2012, I only got to go to one event and that was table tennis. I’d like to see some of the bigger events with some of the Olympians I have become friends with and hopefully see them accomplish their goals too.

On how these games are different for him now that he is a father of two young children:

I don’t sleep as much. The family though is doing well. My wife does a great job of picking up the slack when I am out of town for a couple weeks at a time. She understands the commitment necessary to compete at my best. But I try to do my best in every facet of my life and make sure they align equally in terms of the amount of time I put into things and the place and position that I am at during a particular point in my life.

I want to be a great father, husband and wrestler. I always have the same goals in my life – that I want to be a champion. If I am in it and competing then I want to win it. So that is important to me. My kids don’t understand yet what is going on but they will and I want to be able to tell them I represented myself to the best of my abilities and had commitment to the sport.

Is there anything you wish you knew back in London that you know now as an Olympian?

The biggest difference for me today is my perspective. I realize now that winning is the culmination of all the work you put in, but the pursuit is truly the most memorable thing for me. It feels like the time that I became an Olympic champion was so short. I went out and competed and got my hand raised and was on the top of the podium for a few minutes and then life continued. This time I want to grasp every aspect of the day, make lasting relationships, create friendships with other Olympians and create stories I can tell people in the future. This is really the pinnacle for wrestling to become a gold medalist.

How have your fans and Hershey’s been a big help to you?

I love having my family watch me. They give me a renewed sense of purpose. I love when they experience stuff through me and because of me.

Hershey’s is such a family oriented company and I was happy to partner with them because I am a family man and our values align. My fans have been so supportive and encouraging of my journey and when I compete I am a representative of the entire country. So when I win, America wins.