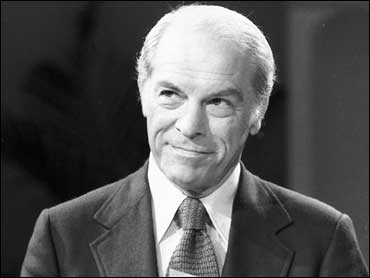 Republicans won speedy Senate approval of Theodore Olson as the nation's solicitor general on Thursday, confirming him before losing control to Democrats who remember him as the lawyer who helped President Clinton's foes and got Al Gore's recount stopped.

Senators voted 51-47 to make Olson the government's advocate before the Supreme Court, only hours after Vermont Sen. Jim Jeffords defected from the GOP. Jeffords action will throw control of the Senate to the Democrats.

The Democrats had opposed Olson's nomination for weeks but agreed to let it come to a vote before they take control of the chamber.

"He deserves this job. He deserves not having people play politics with this position, and in my opinion will make a great solicitor general of the United States," said outgoing Senate Judiciary Chairman Orrin Hatch, R-Utah, in Thursday's debate.

Sen. Charles Schumer, D-N.Y., who sits on the committee, said the Democrats didn't have the votes to block the nomination on the floor and probably would not filibuster.

"Judges are one thing, but a president's nominees are different," he said.

Outgoing Senate Majority Leader Trent Lott, R-Miss., indicated the Republicans would have moved forward with Olson on Thursday regardless of Jeffords' action.

"It's not being driven by these other events, but time had lapsed and we were ready to go forward with it," he said.

Hatch said Democrat Patrick Leahy of Vermont — likely to be the next Judiciary chairman — told him he would ask other Democratic leaders to allow a vote on Olson instead of holding him up.

"It would be a very, very bad thing if they didn't follow his recommendation," Hatch said.

Olson has been a Democratic foe for years, but is most recently known as the lawyer who successfully argued the Florida election case in front of the Supreme Court for George W. Bush.

Democrats also point out his ties with The American Spectator, a conservative magazine that conducted an investigation called the "Arkansas Project" into possible past wrongdoing Bill and Hillary Rodham Clinton.

Olson also represented Arkansas figure David Hale, another Clinton critic, in 1996 when Hale was called to testify to the Senate Whitewater Committee, and assisted Paula Jones' legal team in her sexual harassment suit against Clinton.

Democrats held up Olson's nomination four times in the Judiciary Committee, questioning his ties to anti-Clinton groups, and then unanimously voted against him to deadlock the committee tally.

Lott pulled Olson's nomination from committee to bring it straight to thSenate floor. Under this year's power-sharing arrangement in the evenly divided Senate, the majority and minority leaders can do so.

It was the first time — and likely the last — this procedure will be used, now that the Senate is headed to Democratic control.