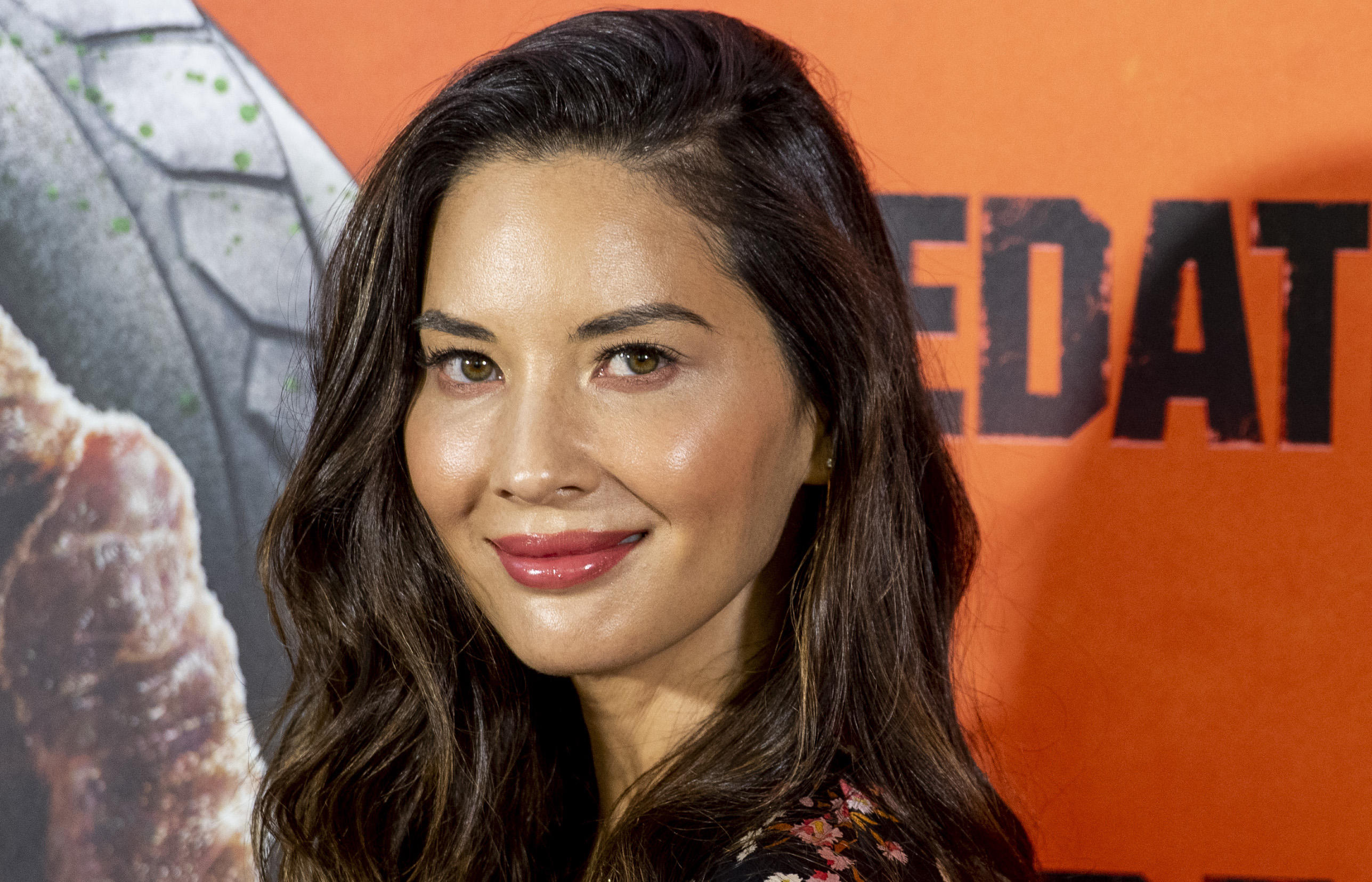 Olivia Munn says her "Predator" colleagues shunned her after she blew the whistle on Steven Wilder Striegel, a convicted sex offender who originally appeared in the film alongside her in a cut scene. Twentieth Century Fox pulled Striegel's scene from the film, which is set for release Friday, after Munn notified them about his history.

The 38-year-old actress said she's hurt none of her co-stars checked in on her after the news. She said she was surprised to see her co-stars give Black, who knowingly cast Striegel in spite of his past, a standing ovation at the film's premiere at the Toronto Film Festival.

She told Vanity Fair, "I looked back and I see the guys standing up, and I was just confused because I hadn't heard from them during the day. Everybody else was sitting down — it wasn't like this massive standing ovation for him. I felt it was still appropriate to clap and cheer, but to actually make that gesture to stand up, especially in this moment ... and privately I knew that no one reached out to me to say, 'Are you O.K.?' It did feel bad."

Munn said she felt as though she was being treated like the wrongdoer.

"I kind of feel like I'm the one going to jail," said the actress. "I didn't go to jail, I didn't put this guy on our set. I had this scene deleted. Thank God, honestly, that there is social media. It's the fans and news outlets that's confirming it to me that what I did was the right thing. If I didn't have that feedback, I'd kind of go a little crazy thinking, Why am I being treated like this? That's not O.K., to feel like the bad guy."

She also said she was disappointed that though she encouraged her cast mates to make a public statement to the Los Angeles Times about the issue, they did not.

"I wanted them to not be blindsided the way I was blindsided, and I encouraged them to put out a statement once the L.A. Times reached out to us," Munn said. "I was surprised that none of them did... There will be people in Time's Up who aren't really down with the cause."

The Los Angeles Times reports that Munn learned last month that Striegel is a registered sex offender who pleaded guilty in 2010 to attempting to lure a 14-year-old female into a sexual relationship via the internet. Munn alerted Fox on Aug. 15, and studio executives moved to cut him from the film.

In a series of tweets, her co-star Sterling K. Brown said he's sorry Munn felt alone in speaking about the issue. He pointed out that he was not at the premiere. "I hope you don't feel quite so alone. You did the right thing," he tweeted.

A representative for Munn's co-star Keegan-Michael Key said in a statement that Key did indeed reach out to Munn privately, saying, "Keegan reached out to Olivia privately last week to let her know how proud he was of her and echoed that sentiment in many interviews since then."