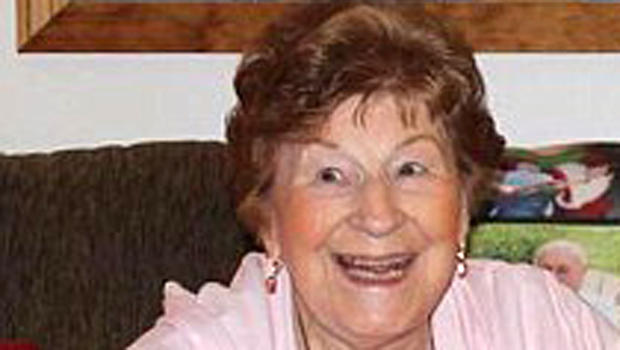 FORT LAUDERDALE, Fla. -- Many of the five people killed in the Fort Lauderdale airport shooting were on vacation, headed for cruises that promised sun, sand and fun. Three were collecting their luggage when a gunman opened fire in the baggage claim area of Terminal 2 at the airport - a hub for cruisers headed to Port Everglades.

An official list of victims had not been released by Saturday afternoon. But family and friends of two of the victims, Olga Woltering of Marietta, Georiga, Michael Oehme of Council Bluffs, Iowa, and Terry Andres of Virginia Beach confirmed the identities and shared their stories.

Members of Woltering’s church in suburban Atlanta circulated news of her death. She’d been an active part of the Catholic Church of the Transfiguration in Cobb County since 1978.

Woltering was at the airport with her husband. According to Facebook posts by church members, she and her husband were in Fort Lauderdale to go on a cruise, CBS affiliate WGCL reports.

“Olga was one of the most joyful, loving, caring and committed people I have ever met,” a church statement said.

“This is a horrible tragedy for everyone here at Transfiguration, especially because Olga was so loved.”

Funeral arrangements are not yet scheduled, said Cat Doyle, a church spokeswoman. Parishioners said she was in her 80s, but no exact age was given.

Friends said she was originally from England. Ralph Woltering had served in the U.S. Air Force, parishioner Alvin Connolly said.

“From what I understand, their sons are in Florida with her husband right now,” Connolly said. “He’s 90 or more himself, so it’s kind of a fragile situation for him as well.”

The couple lived in a retirement community and were socially active.

“She and her husband were kind of the life of the party,” Connolly said. “They’d go to a dance, and they’d be the last ones on the floor.

“You look at them and say, ‘Man, I hope I can do everything they do when I’m that age,’” Connolly said.

Heil informed other members of the group that Woltering had died. He said he learned of her death from a past grand knight of the local group.

Steve Reineccius confirmed Saturday over Facebook that his grandmother Shirley Timmons was killed when a gunman opened fire in a baggage claim area at a Fort Lauderdale airport, CBS affiliate WOIO reports. Reineccius says his grandmother and grandfather Steve Timmons, who was wounded in the shooting, were both 70 years old.

WILE-FM reports that the couple had flown to Fort Lauderdale on Friday to join the rest of their family for a cruise.

The radio station says Steve Timmons was shot in the head and underwent emergency surgery at a Fort Lauderdale hospital, where he’s in critical condition.

The couple’s 51st wedding anniversary was in three weeks. They’re from Senecaville, about 90 miles east of Columbus.

Terry Andres, 62, was a 12-year volunteer with the Virginia Beach Fire Department, his colleagues said.

“He was well-liked and respected for both his dedication to being a volunteer as well as his professional approach to his job as a support tech,” the Fire Department said in a statement. “We mourn his passing as we do all the victims of the senseless attack in Fort Lauderdale.”

Michael Oehme was a frequent traveler who loved to cruise with his wife, and the couple was about to head out to sea again, his sister told The Associated Press on Saturday.

“They were supposed to leave today,” Elizabeth Oehme-Miller, 52, said by phone from Council Bluffs, also the couple’s hometown. “They were happy to be going on another trip.”

Oehme, 57, was a land surveyor and owned his own business, Boundaryline Surveys, his sister said.

His wife, Kari Oehme, is hospitalized with injuries from a gunshot wound to the shoulder and is expected to recover, with a family member flying to Fort Lauderdale to help her return home, her sister-in-law said. Kari Oehme is a clerical worker at a local office, Oehme-Miller said.

She said she learned that the couple was at the airport during the shooting through a text message from her daughter.

The couple was supposed to be cruising to the Caribbean a day after their arrival at the Fort Lauderdale airport, a hub for vacationers headed to ships at Port Everglades.

Steve Frappier had just arrived from Atlanta when the gunman started his rampage. He dropped to the floor and watched as the shooter calmly walked through the baggage claim and shot travelers as they ducked for cover.

Frappier is lucky to be alive: during the chaos, he felt a small pinch on the square of his back, under his backpack, but didn’t think anything of it. When he checked his bag, he found that a bullet had pierced his Apple laptop and was rolling around in his backpack.

The suspect, Esteban Santiago Ruiz, had been discharged from the National Guard last year after being demoted for unsatisfactory performance. His family said he had requested psychological help but received little assistance. Santiago said in August that he was hearing voices.

“How is it possible that the federal government knows, they hospitalize him for only four days, and then give him his weapon back?” Bryan Santiago said.