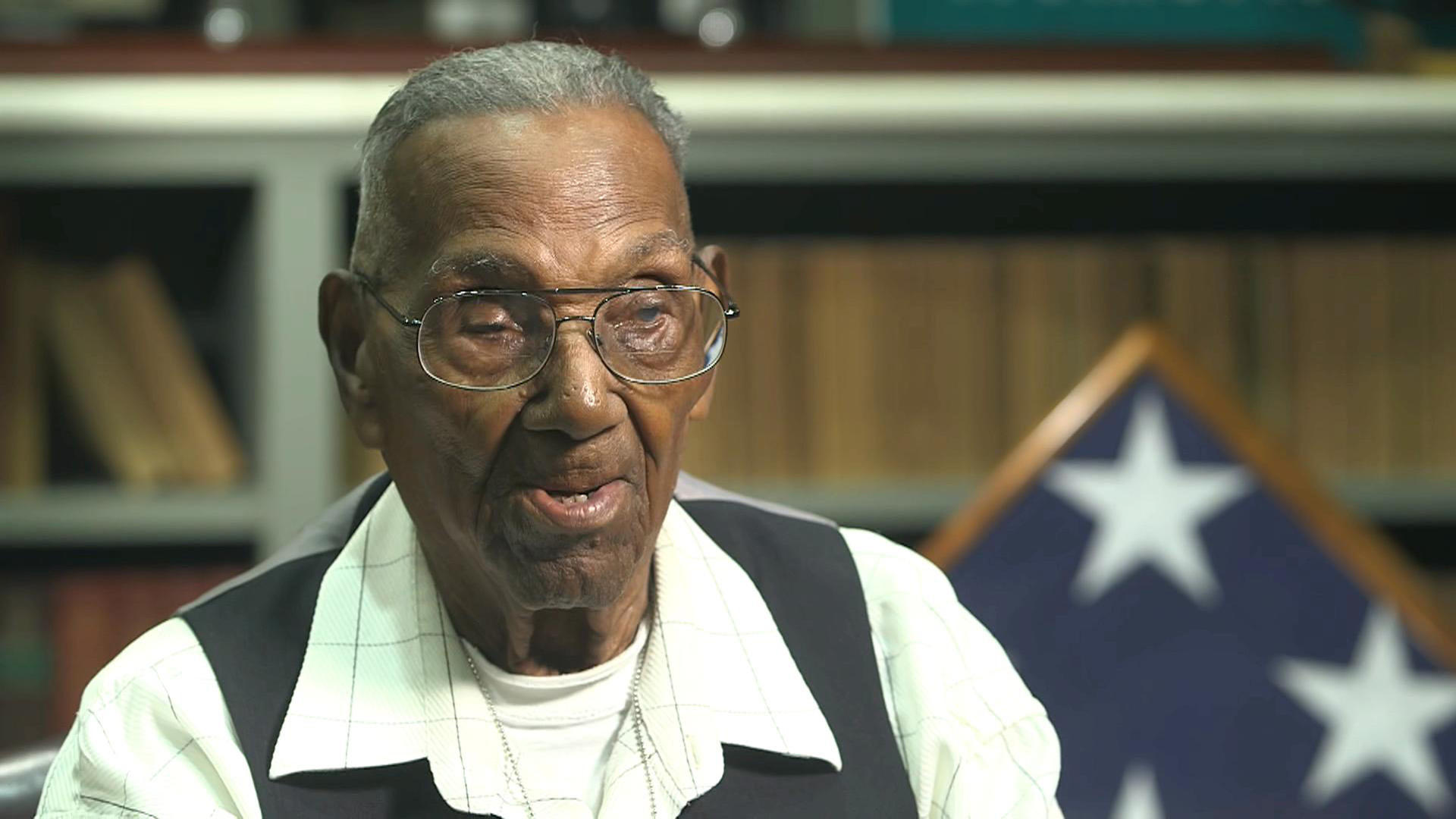 This year marked the 75th anniversary of D-Day, the Allied invasion in Normandy that ultimately led to Germany's surrender. Today, fewer than half a million American World War II veterans who served in Europe, the Pacific and other places, are still alive.

"CBS This Morning: Saturday" co-host Michelle Miller was with the oldest American vet Thursday, as he celebrated his 110th birthday at the National WWII Museum. Lawrence Brooks was born on September 12th, 1909, and he's quite the character. He credits his good health with long walks and chewing gum, a habit he used to replace cigarettes.

Miller learned the super-centenarian is something of a local celebrity. When you've been on the planet as long as Brooks has, you develop a following, but Brooks says he loves people. And people sure seem to love Brooks. That's why so many of them, even strangers, showed up to celebrate.

"My daddy still gets on his knees at night and prays," Brooks' daughter, Vanessa, said. She credits her father's diet, exercise, and faith for his long life. And in some ways, it's prayer that made Thursday's celebration possible.

"I heard that he was an old vet," Lee Crean said. "And I said, 'Well, we need to do something at the World War II Museum.'"

From 1941 to 1945, Brooks served overseas with the predominantly African-American 91st engineer battalion in places like Australia and New Guinea. He was a reluctant soldier, opting instead to work as a cook in his unit.

"When I first went, was drafted into the Army, old sergeant was telling us, 'You're training so you can go kill people," Brooks said. "I said, 'Kill people?' As much as I love people, you're telling me I've got to go kill them?"

After returning home to New Orleans, Brooks faced the challenge of the Jim Crow South and worked as a forklift operator, eventually retiring at 70. That was four decades ago.

In 2006, Hurricane Katrina threatened his life and took his wife's.

"Hurricane Katrina took everything I owned, washed away everything," Brooks said.

But Brooks survived the storm. Through his life, Brooks had five children, two of whom he outlived, 13 grandchildren and 22 great-grandchildren.

The Backstreet Boys are back