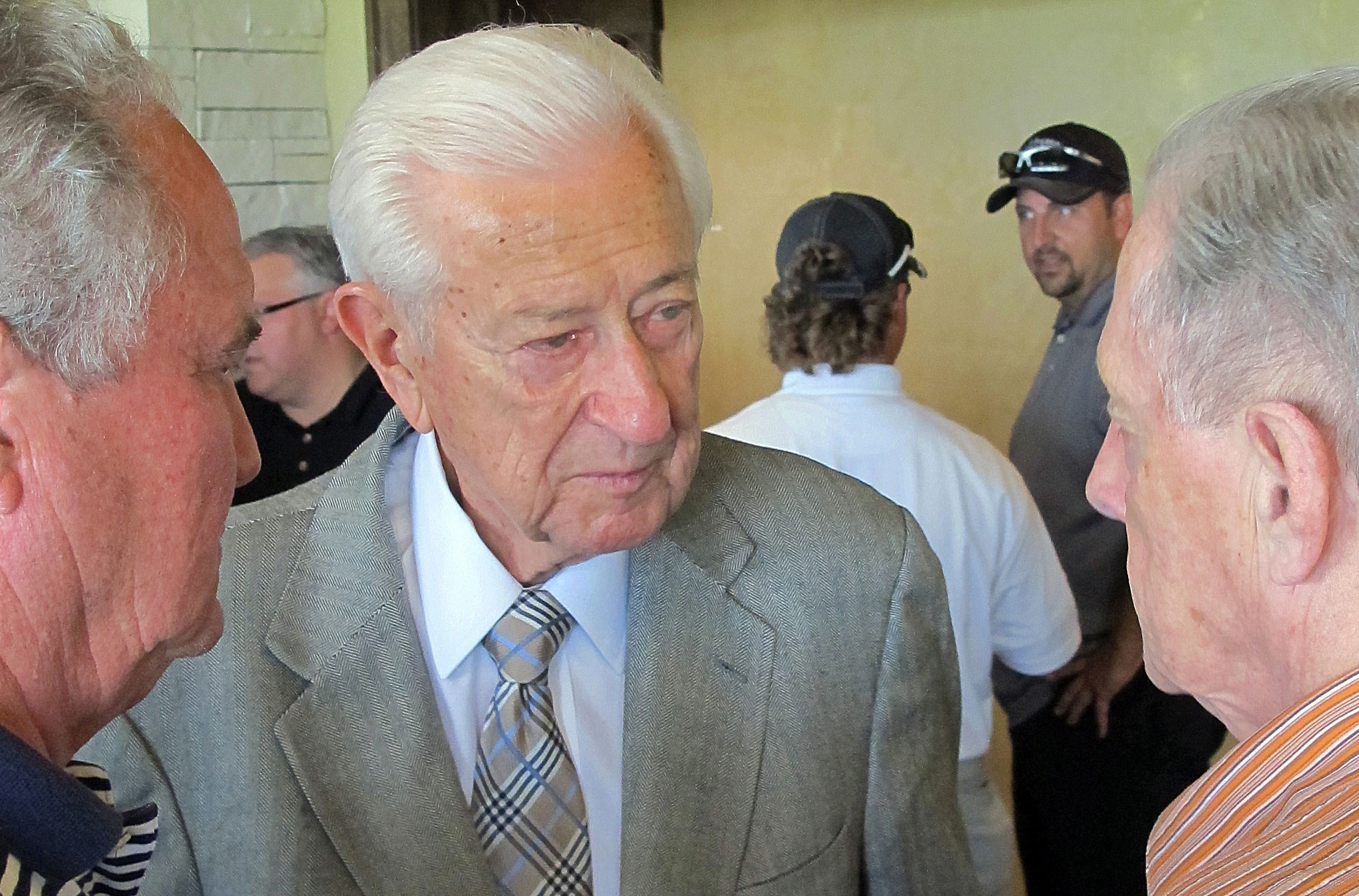 AUSTIN, Texas - A 91-year-old Texas congressman who first won his seat when Jimmy Carter was president faced the toughest test of his political career Tuesday from a Republican primary challenger half his age.

Ralph Hall, who first ran for political office in 1950 and is the oldest-ever member of the U.S. House, has promised that should he win an 18th term, it'll be his last. But his opponent, John Ratcliffe, 48, was seeking to oust him in a primary runoff - claiming he's the stronger conservative.

With no Democratic candidate, the winner will be unopposed in November.

Hall's district stretches from suburban Dallas to the Louisiana and Oklahoma borders and features an airport, expressway and man-made lake project named after him.

In the March primary, Hall won 45 percent of the vote compared to Ratcliffe's nearly 29 percent, but since no one won a majority in a six-way race, Hall was forced into the first runoff his congressional career. Second rounds of voting often feature low turnout - especially following a holiday weekend. That could favor Ratcliffe, since fierce anti-incumbent voters may be more motivated to turn out.

A former U.S. attorney, Ratcliffe has used modern analytics to better target would-be voters. He also has won the support of powerful national conservative groups with strong tea party ties, including the Club for Growth and Senate Conservatives Fund.

Hall has relied on a more-traditional campaign, using direct mailings and walking the district, interacting with voters and handing out pennies fitted with bands bearing his name. Since 2010 alone, campaign finance records show Hall spent more than $34,000 on hams from Honey Baked Foods - which aides said were gifts to constituents.

As an indication of how seriously Hall is taking Ratcliffe, the congressman recently loaned his campaign $100,000, the first such loan in at least a decade.

"He's running against my birth certificate," Hall said of Ratcliffe.

Joe Stalling said shortly after leaving a polling site Tuesday in the Dallas suburb of Celina that Hall's WWII service is a primary reason the 59-year-old attorney voted to re-elect Hall. "He's never voted in any way I've disagreed with," Stalling said.

But he also noted he didn't find much in their campaign platforms that separates the two candidates.

"There's not a dime's worth of difference between those two, it's just one is older than the other," Stalling said.

An avid jogger, Hall went skydiving when facing a 2012 primary challenge and had planned to do so twice this year but canceled due to icy conditions. Instead, he made a playful television ad pointing to the wrinkles on his face and calling them scars of congressional fights with liberals.

Ratcliffe has said repeatedly he hasn't made age an issue, arguing instead that Hall has become too cozy with the GOP establishment after 34 years in office. He conceded though, that in addition to Hall's record or wanting to send an anti-incumbency message, some voters "specifically cite his age."

"I think it's fair to consider that," Ratcliffe said. "They're raising it as a reason."