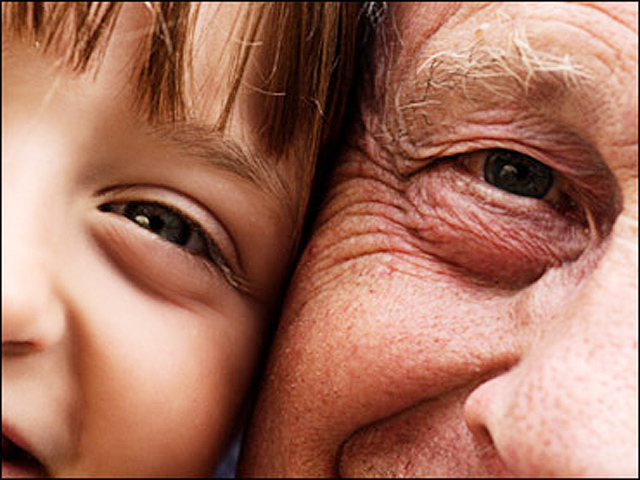 (CBS News) The older a new father is, the greater chances his child may develop autism, new research suggests.

Previously-held perception says older mothers are more likely to have children with autism. Though risk has been shown to increase with maternal age, Now the new study adds more clues to the ongoing mystery of what cases autism and suggests the rise in autism rates may in fact be tied to more dads deciding to wait longer to have children.

"It is of interest here that conventional wisdom has been to blame developmental disorders of children on the age of mothers, whereas the only problems that come with advancing age of mothers is a risk of Down syndrome and other rare chromosomal abnormalities," study author Dr. Kari Stefansson, CEO of deCODE Genetics, said in a press release. "It is the age of fathers that appears to be the real culprit."

Several studies have found links between autism and a greater presence of certain genetic mutations. For the new research, scientists at deCODE Genetics in Reykjavik, Iceland kicked off one of the largest genome studies ever. They examined associations between conditions like autism and schizophrenia and genetics to find out what leads to mutations.

The researchers sequenced the whole genomes of 78 Icelandic families with offspring who had been diagnosed with autism or schizophrenia, then sequenced the genomes of an additional 1,859 Icelanders from the general population to provide a comparison group. Their analysis showed every one-year increase in a father's age correlated to a two mutation-per-year increase in the child. Fathers in the study were an average age of 29.7 years old.

The findings were published August 23 online in the journal Nature.

Their scientists also reported finding offspring mutations that had previously been implicated in both conditions, in addition two identifying two new genes - CUL3 and EPHB2 - which were tied to mutations in the autism-parent group.

"Our results all point to the possibility that as a man ages, the number of hereditary mutations in his sperm increases, and the chance that a child would carry a deleterious mutation that could lead to diseases such as autism and schizophrenia increases proportionally," Stefansson said.

Dr. Cathy Lord, director of the Center for Autism and the Developing Brain at Weill Cornell Medical College and New York Presbyterian Hospital in New York City, told CBS This Morning that these is general deterioration in genes as people age. With fathers, those mutations occur more often in men's sperm and are more likely to be passed onto to their children - and maybe one of those mutations is associated with autism or schizophrenia.

"This study shows that new mutations are frequent enough as men age that fathers aging alone can explain the increase for the risk of autism," she said. "When these diseases present without a family history, the origin is in the sperm of the man and that the risk goes up as the man ages."

The country's autism rate in March rose 25 percent to one out of 88 children (previous rate was one in 110), with some experts theorizing the rate may be due to improved diagnosis or environmental factors.

The number of men 40 and older who father a child has increased by more than 30 percent since 1980, the CBS Evening News reported.

But Yale researcher Dr. Stephan Sanders warned it's too soon to definitively say the father's age is the top factor.

"So I think it is fair to say increasing father's age does increase the instance of autism but that effect is small," Sanders said.

In an accompanying commentary published in the same issue of Nature, researchers say if the findings hold up, young men may want to consider collecting and storing their sperm for later use could be what they call "a wise individual decision."

Here's Dr. Lord with more on CBS This Morning: