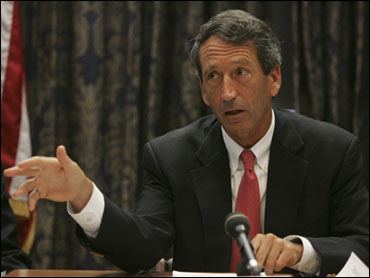 And, under an antiquated state law, it could also cost him up to $500 and a year in jail.

A state law that dates to at least 1880 says adultery is a crime, no matter where it occurred, and that adulterers "shall be severally punished."

But constitutional attorney John Harrell of Charleston says the law hasn't been used in decades, possibly not since 1907.

A spokeswoman for the State Law Enforcement Division says the agency can't waste limited money on trying to prosecute or arrest Sanford on such a charge. Jennifer Timmons notes there are murderers and other violent offenders to pursue.