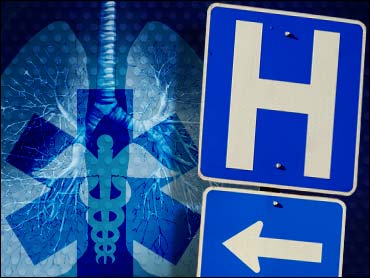 Scientists might have found a way to deal drug-resistant tuberculosis a one-two punch using two old, safe antibiotics — and studies in ill patients could begin later this year.

TB is one of the world's oldest killers, and the lung disease still claims the lives of more than 1.5 million people globally every year. The bacteria that cause TB are fast becoming impervious to many treatments, drug resistance that is seen worldwide but is a particular problem in parts of Asia and Africa. While typically the TB doesn't respond to two top treatments, an emerging threat is so-called extensively drug-resistant disease, or XDR-TB, that is virtually untreatable by remaining options.

So researchers are frantically hunting new approaches, including taking a fresh look at some old drugs.

"It chews them up and spits them out and they never get to see their target," explained biochemist John Blanchard of the Albert Einstein School of Medicine.

But there are different antibiotics that can block that enzyme, called beta-lactamase. One, named clavulanate, has long been sold as part of the two-drug Augmentin combination that's widely used for various children's infections.

So Blanchard's team tested whether administering clavulanate might make TB vulnerable to other antibiotics — and found a combination that in laboratory tests blocked the growth of 13 different drug-resistant TB strains.

The combo: Clavulanate to drop TB's shield, plus a long-sold injected antibiotic — meropenem, part of that penicillin-style family — that then attacks the bacteria.

The findings are reported Thursday in the journal Science.

What happens in a lab doesn't necessarily work in people. Still, the findings were so compelling that two teams of U.S. researchers

from the National Institutes of Health and New York's Montefiore Medical Center — already are planning small patient studies in South Korea and South Africa. They hope to begin those studies later this year.

"It's very clever," said Dr. Anthony Fauci, director of NIH's National Institute of Allergy and Infectious Diseases. When one drug knocks out the TB microbe's defense, "that leaves the original drug with the capability of doing what it's supposed to be doing."