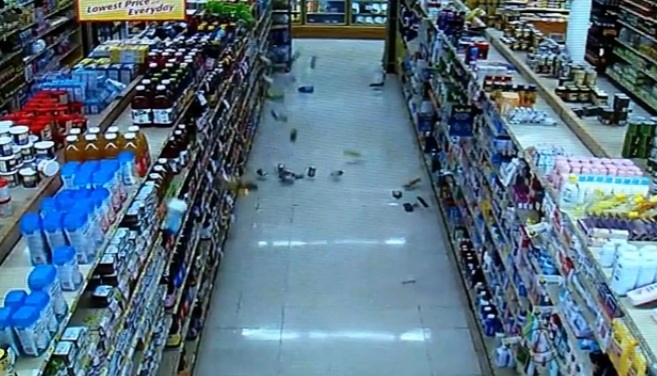 FAIRVIEW, Okla. -- The third most powerful earthquake in Oklahoma's recorded history jolted the northern part of the state this weekend.

The magnitude 5.1 quake -- centered near Fairview -- was felt in seven states overall. Oklahoma has recently seen a dramatic spike in earthquakes.

The ground keeps shaking in Oklahoma, and more violently.

The small town of Fairview is quickly gaining a big reputation for large quakes. It was the epicenter of Saturday's five point one. And just last month, a 4.8 quake.

"Unfortunately, a side effect, now we are generating seismicity due to the injection wells," he said. "These are pretty startling when you feel them. There's now a lot of people experiencing them on a pretty broad scale."

Homeowner Kathy Matthews said the state has mixed up its priorities.

"There's a greater impact on the economy when you have hundreds of millions of dollars of damage worth of real estate that's been damaged by that activity," she said.

So far Oklahoma has no plans to stop hydraulic fracturing.

But state officials do plan to reduce the number of injection wells by several hundred, as early as next week.