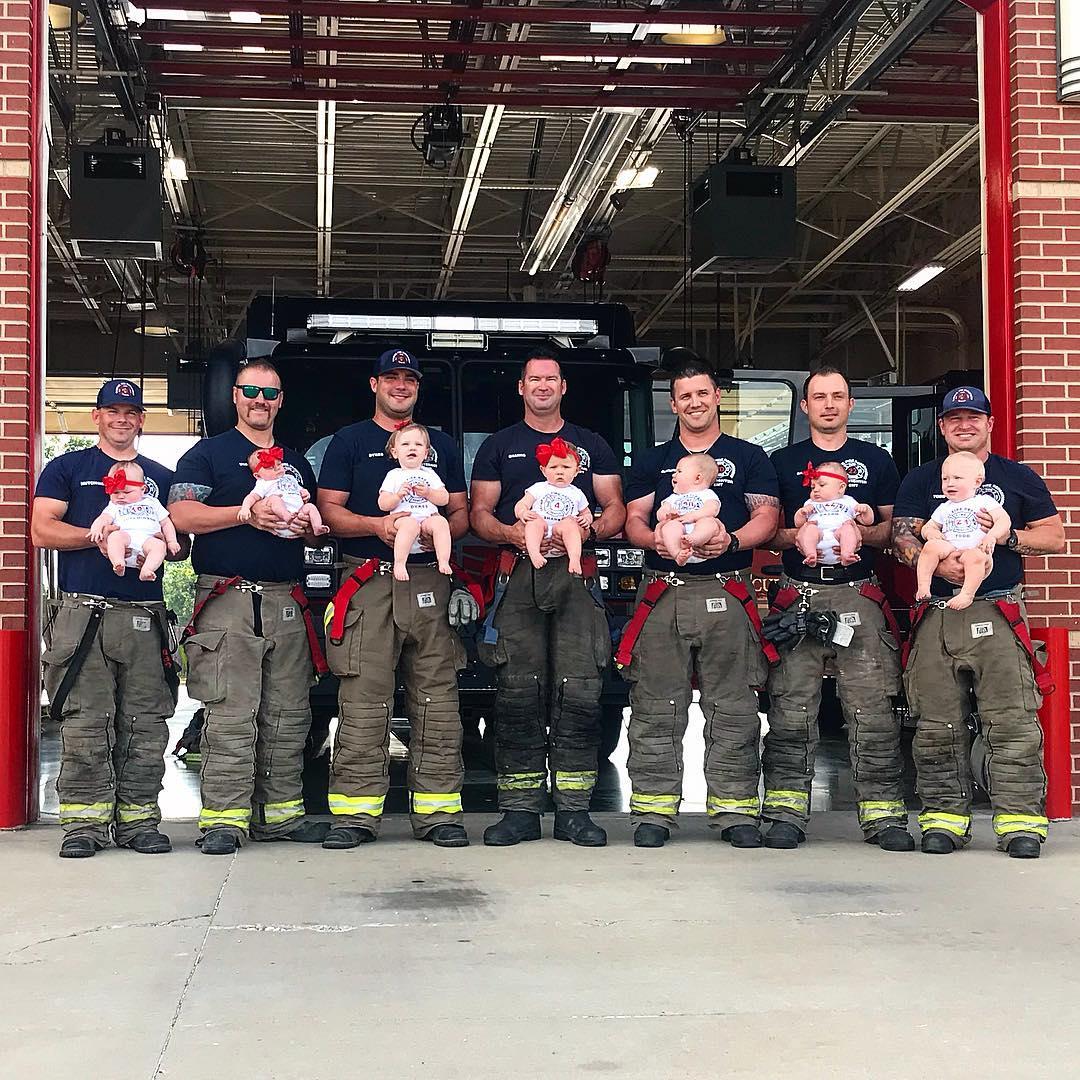 There's a baby boom at a firehouse in Oklahoma. Seven of their bravest not only battle blazes, but also perform daddy duties -- and there are adorable photos to show for it.

Several firefighters at the Glenpool Fire Department have become fathers over the last year. Their wives wanted to commemorate the special occasion with group photos Sunday afternoon -- even if the star subjects didn't always want to cooperate.

"Honestly, it was difficult to get seven babies to cooperate for a picture so we all had some good laughs," Melanie Todd, whose husband is in the department, told CBS News. "We all joked about knowing which kid not to let theirs hangout with."

The idea was the brainchild from one of the firefighters' wives and they waited until the last baby was born, according to Todd.

"After we saw the final pictures, we were excited," she said.

One of the photos show the infants, five girls and two boys, in the arms of their fathers. Another shows the babies sitting on top of their dads' firefighter jackets -- while donning shirts with their last names on them.

"We're a really close group so we were glad we took the time to capture the babies with their daddies," Todd said. "Now we just look forward to seeing them all grow up together."

Mick Whitney, who became a father four weeks ago, told CBS News the timing was purely a "coincidence" despite how tight their group is.

"We all just happen to have kids right under a year," Whitney said. "It's a pretty neat deal."

Whitney explained that the firefighters in the photo are more than just his coworkers -- they're friends. The same goes for their spouses.

"All the guys and wives spend time in the station and outside of the station," he said. "It's a little different in our group. We go out fishing, hanging out. It's a unique dynamic."