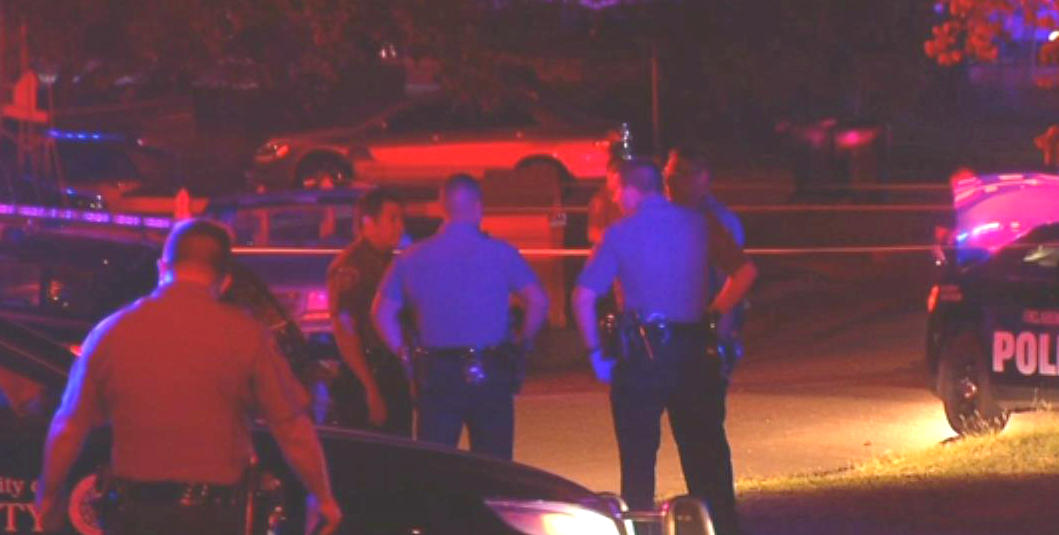 OKLAHOMA CITY — Oklahoma City police officers who opened fire on a man who was approaching them holding a metal pipe didn't hear witnesses yelling that the man was deaf, a department official said Wednesday.

Oklahoma City police Capt. Bo Mathews said at a news conference Wednesday that officers thought Magdiel Sanchez, 35, was not obeying their commands before one shot him with a gun and the other with a Taser. Matthews said witnesses were yelling "he can't hear you" before the officers fired, but the officers didn't hear the witnesses.

Sanchez died at the scene. The officer who fired the gun, Sgt. Chris Barnes, has been placed on administrative leave pending an investigation.

Mathews said the officers were investigating a reported hit-and-run at around 8:15 p.m. Tuesday. He said a witness told Lt. Matthew Lindsey the address where the vehicle responsible for the hit-and-run had gone, and that Sanchez was on the porch when Lindsey arrived.

He said Sanchez was holding a metal pipe that was approximately two feet long and that had a leather loop on one end for wrapping around one's wrist. Lindsey called for backup and Barnes arrived, at which point Sanchez left the porch and began to approach the officers, Mathews said.

When asked why Barnes used a gun instead of a Taser, Mathews said he didn't know. He said it's possible Barnes wasn't equipped with a Taser. Neither officer had a body camera.

Sanchez's father, who was driving the hit-and-run vehicle, confirmed after the shooting that his son was deaf, Mathews said. He said Sanchez wasn't in the vehicle when his father struck something and drove off. It wasn't a person that he struck.

Neighbor Jolie Guebara told the Associated Press on Wednesday that Sanchez, whose name she didn't know, used notes to communicate with her and her husband. She said he often carried a stick to ward off stray dogs when he walked at night.

Police initially said Sanchez was carrying a stick, but Mathews described it Wednesday as a metal pipe.