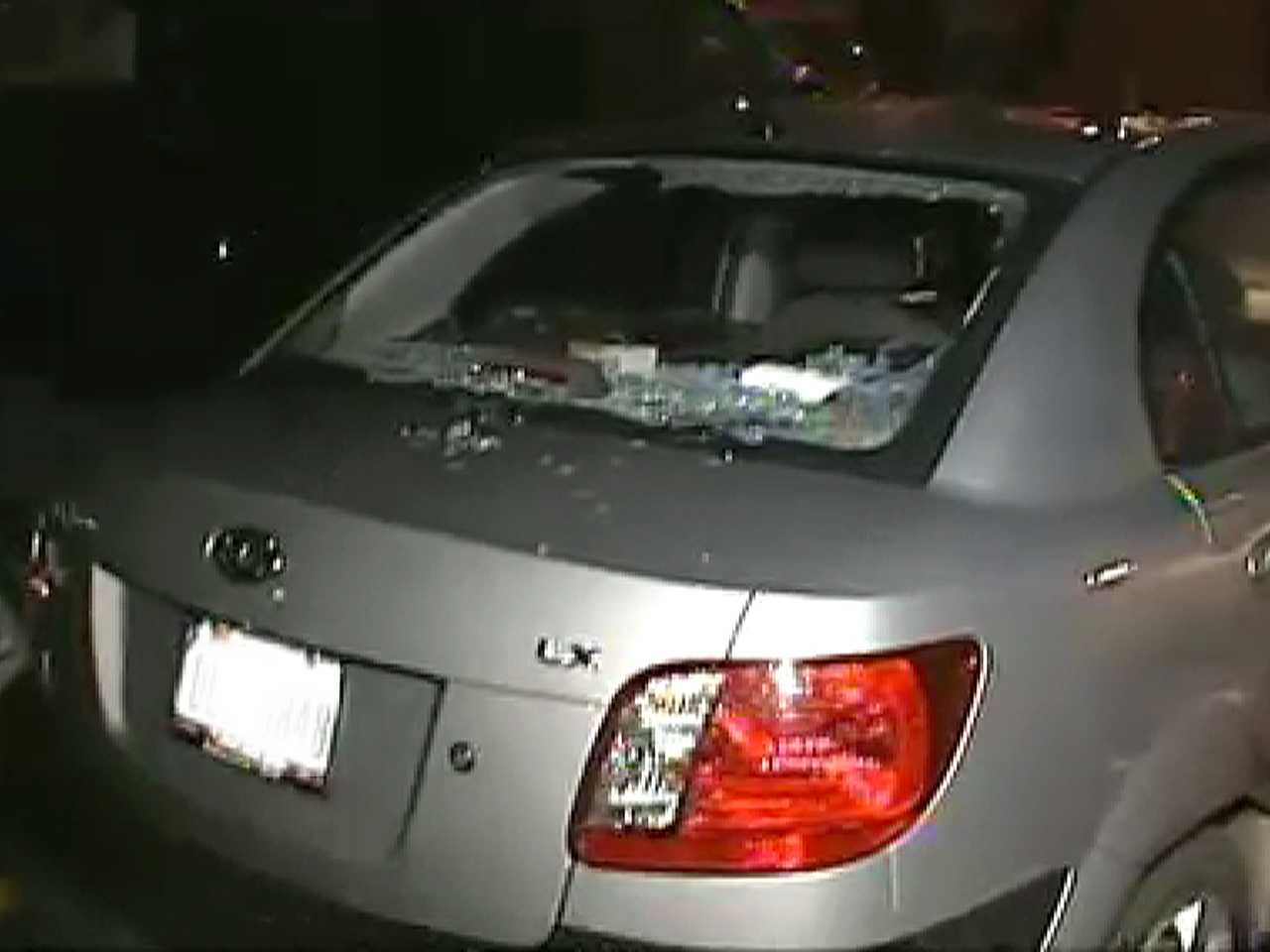 (CBS/AP) OKLAHOMA CITY - Numerous severe thunderstorms pummeled parts of Oklahoma on Tuesday evening - a blessing and a curse for an area which desperately needs some rain, but could have done without the fist-size hail smashing car windows.

CBS affiliate station KWTV News9 reports at least two people were treated for minor injuries after getting hit by huge hailstones in the Oklahoma City metro area, according to state emergency management officials.

In nearby Edmond, a car dealership told KWTV that 450 cars had been damaged on the lot by the hail.

Hailstones as large as 4.25 inches were reported by the National Weather Service early Tuesday evening.

Several small fires were also sparked by lightning around Oklahoma City, but there was no significant fire damage reported.

Between 2 and 3 inches of rain was forecast for central Oklahoma through Thursday and a flash flooding warning was issued Wednesday.