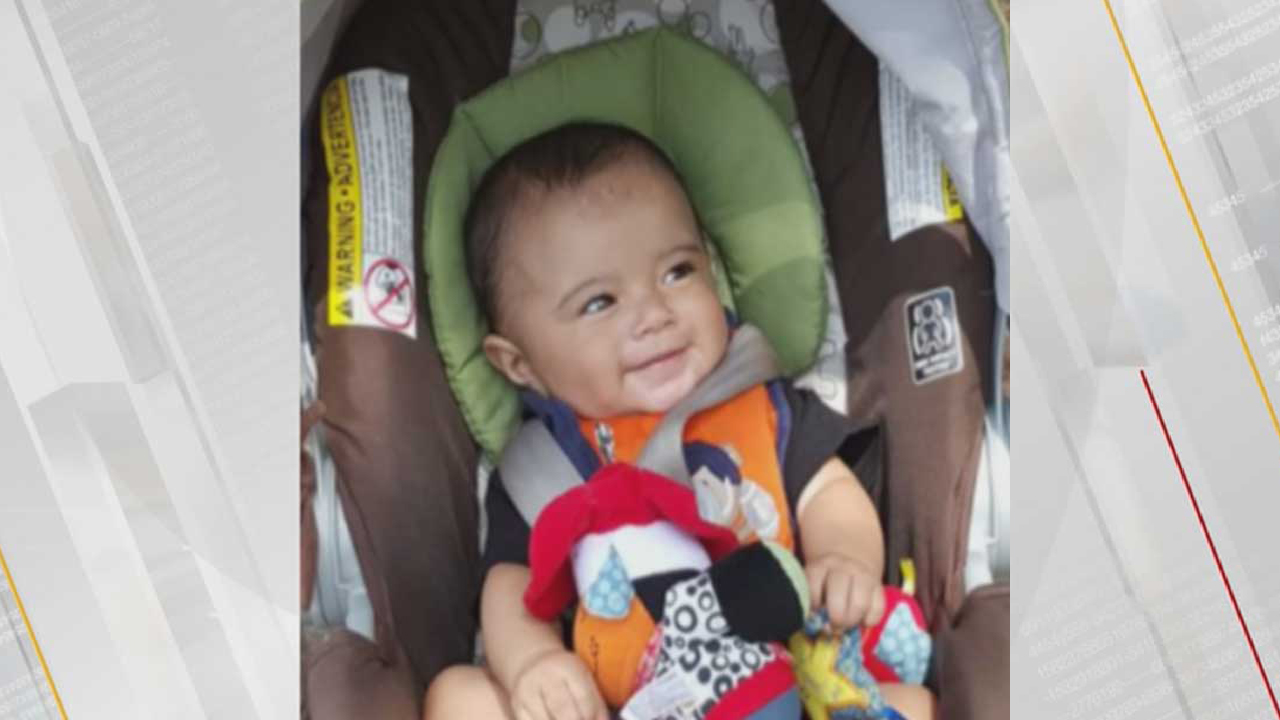 OKLAHOMA CITY -- A woman suspected of stabbing a man and her two young children, killing an 8-month-old, was arrested Monday at an Oklahoma City apartment when police came across the crime scene while responding to a report of an assault.

Raven Veloz, 21, was arrested on one count of first-degree murder and two counts of assault with a deadly weapon, Oklahoma City police spokeswoman Megan Morgan said.

Police said they entered the apartment in southern Oklahoma City early Monday to check on the welfare of the occupants after receiving a call that someone may have been assaulted.

Police found four people with apparent knife wounds, including a 28-year-old man, a 4-year-old child and the body of 8-month-old Ezekiel Veloz. Police said the mother's wounds appeared to be self-inflicted, although Morgan said she didn't know how officers determined that was the case.

Police said the 4-year-old was hospitalized in critical condition Monday morning, and the spokeswoman had not been updated on the child's status by late afternoon. Veloz and the man were in stable condition at local hospitals where Veloz was treated while under arrest.

"They seemed so happy, no arguing, no fighting, nothing," neighbor Titus Gaddis told CBS affiliate KWTV.

Morgan said she didn't know whether Veloz had hired an attorney. She did not disclose the injured man's relationship to the children, but said police believe he was the suspect's husband. KWTV reports he is the father of the children.