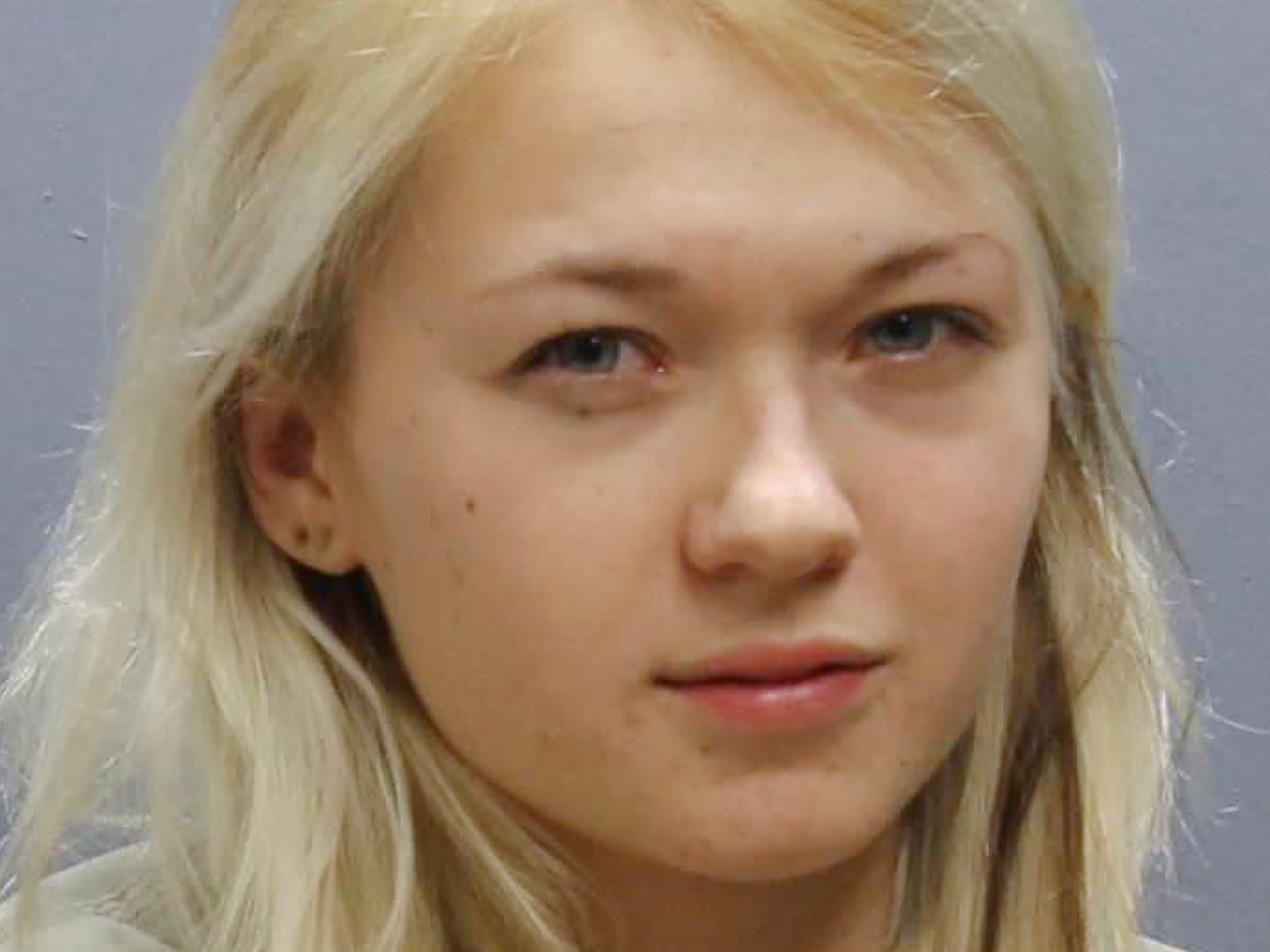 COLUMBUS, Ohio- An 18-year-old Ohio woman accused of livestreaming the rape of her 17-year-old friend with a social media app was trying to record the assault as evidence, the woman's attorney said recently in a defense a prosecutor flatly dismissed.

Her co-defendant, Raymond Gates, 29, also pleaded not guilty, with a judge setting his bond at $300,000. A public defender representing Gates did not comment about the allegations.

Lonina and her friend - who attends the same high school - met Gates at a Columbus mall for the first time the day before where he bought them a bottle of vodka and encouraged them to meet him the following day, her lawyer Sam Shamansky said.

He acknowledged his client filmed the February assault of her intoxicated friend but said she was trying to get the girl out of the house where the attack happened.

It was a friend in another state who saw that livestream and called police, reports CBS affiliate WBNS in Columbus.

Lonina is in the habit of filming everything with Periscope, Shamansky said. The app for smartphones allows users to stream live video.

The attorney told WBNS his client and the victim "were preyed upon by this pervert, that's all I can say."

Lonina and her friend are naturalized U.S. citizens from Russia, and Gates is also of Russian descent, said Franklin County Prosecutor Ron O'Brien. The comments on the video are in Russian.

O'Brien said Lonina is seen trying to help only briefly during the 10-minute video. O'Brien said the victim was clearly screaming "stop" and "no" during the assault.

Although Lonina told police she was trying to record the assault as evidence, her behavior as people watching via Periscope "liked" the assault painted a different picture, O'Brien said.

"She got, I guess, taken up with all the 'likes' that her livestream was getting and therefore continued to do it, and did nothing to aid the victim," O'Brien said.

Independent of the rape count, Lonina is also charged with livestreaming her friend nude the day before the assault, which is a felony, O'Brien said.

The Franklin County prosecutor told WBNS he has handled many sexual assault cases in his career, but never anything like this one.

"Technology has moved us into an area that is sometimes beyond belief," he said.