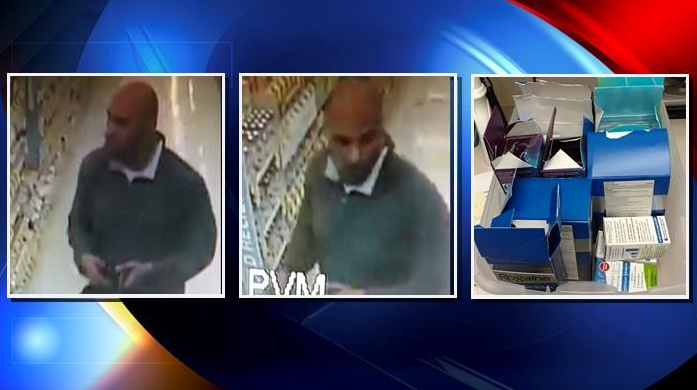 MOUNT HEALTHY, Ohio -- Police in suburban Cincinnati are on the lookout for a bald man they say has been stealing hair growth and memory aid products from stores.

Mount Healthy police have issued an alert for "a serial thief" they say recently took $847 worth of Rogaine and Prevagen products from a Walgreens store in the city just north of Cincinnati. Police say he is linked to similar thefts from retailers in nearby suburbs.

Police don't think the suspect, who is described as being well dressed and obviously bald, is personally using the Rogaine, according to CBS affiliate WKRC.

However, they do suspect he tries to sell them online or at flea markets as the retail price is reportedly under $50.

Police say the suspect will usually leave the packaging behind -- leaving store employees unaware of the thefts until he is long gone. Reports also show he has allegedly stolen prostate capsules and memory supplements, according to the station.

According to WKRC, the stolen merchandise from one Walgreens store was worth over $1,500.

Police say the man is believed to drive a white Jeep.

Mount Healthy Detective Chris Jones tells WCPO-TV that police are "scratching our heads at this, no pun intended," over the Rogaine thefts.