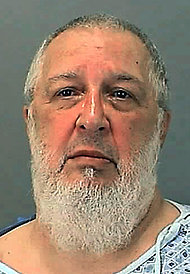 (CBS/AP) AKRON, Ohio - Ohio man John Wise pleaded not guilty Friday to shooting his wife of 45 years in a hospital intensive care unit in what may have been a mercy killing.

Wise appeared before a judge via video from jail on several charges, including aggravated murder. Magistrate John Shoemaker reduced Wise's bond from $1 million to $500,000 at the request of his attorney who said he was not a flight risk.

Wise was charged with shooting his wife in the ICU unit of Akron General Medical Center on Aug. 4. She died the next morning. His case has raised questions about what kind of punishment prosecutors should pursue when a relative is suspected of killing a loved one to end their suffering.

A friend said Barbara Wise had been disabled by a stroke and that the couple had agreed they never wanted to become disabled in a nursing home. Wise's attorney said his client had always acted with love toward his wife.

Police say Wise calmly walked into his 65-year-old wife's room without drawing any attention and shot her at her bedside. A woman who identified herself as a nurse told a 911 dispatcher that people in the ICU heard a popping sound and ran to Barbara Wise's room where they saw a man dressed in black.

A doctor who confronted John Wise said that he repeatedly asked him to give up his weapon after the shooting.

Wise never surrendered the weapon to the doctor and within minutes security officers entered, forcefully ordered him to drop the weapon and then tackled him, Passero said.