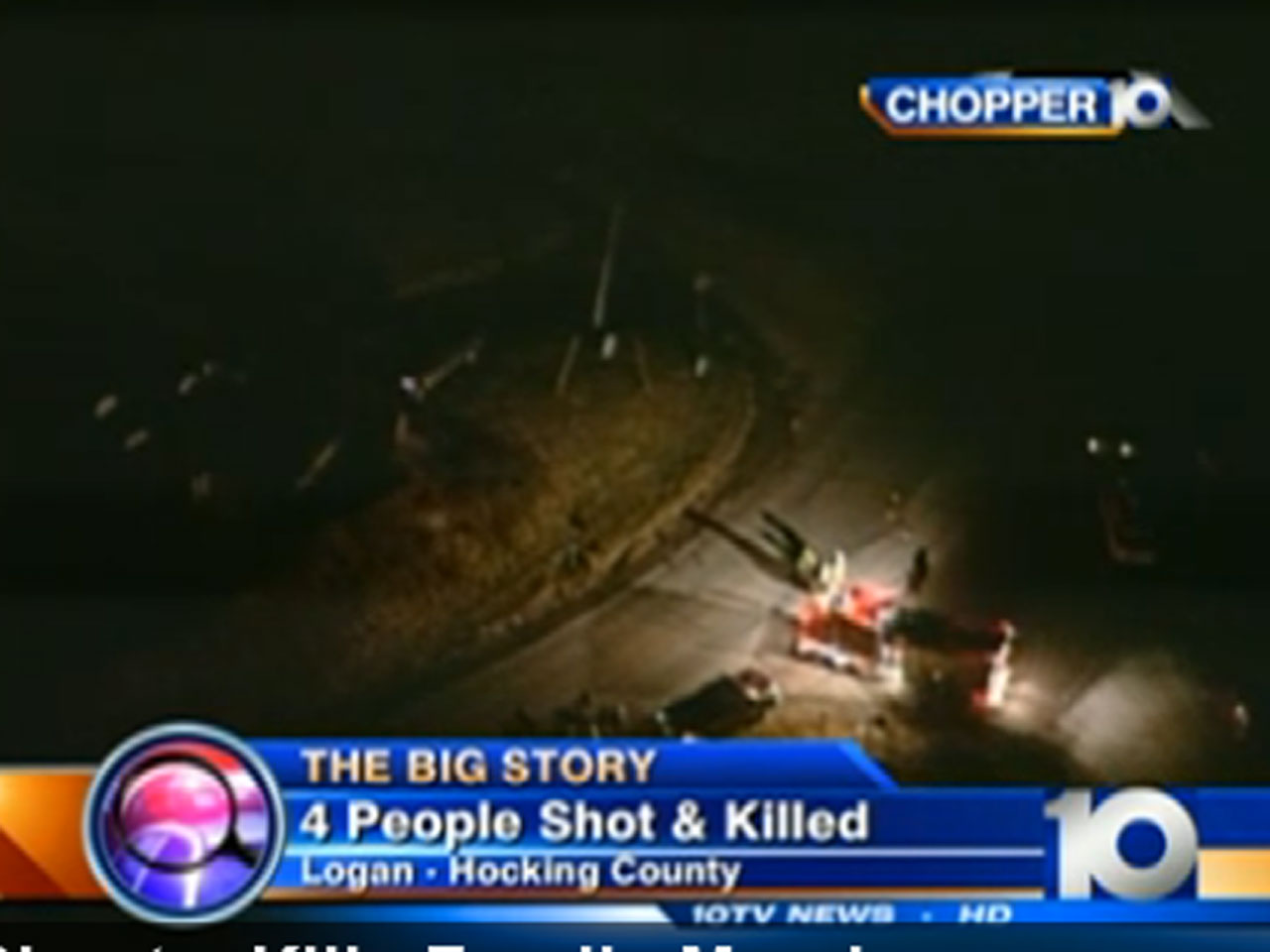 (CBS/WBNS/AP) LOGAN, Ohio - Authorities say an Ohio man who was caring for his terminally ill wife shot and killed her two sisters and his son before fatally shooting himself Monday night.

The Columbus Dispatch reports the man's wife was not shot.

The Hocking County Sheriff's office was called to the house about 5 miles north of Logan around 5:30 p.m. Deputies stormed the home around 9 p.m. Monday and found the man dead on the front porch and the three other bodies on the living room floor.

Late Monday night, Keith Gilkey confirmed the shooter was his brother, 63-year-old Paul Gilkey after receiving a phone call from a relative, telling him about the shootings.

Keith Gilkey said his brother was taking care of his wife, Darlene, 59, whom he said is dying of cancer. He said his wife's family visited the home every day, disregarded him and treated him poorly.

State records show that Paul Gilkey had served a prison term for murder in the 1970's and 1980's.

"He was under a lot of pressure," Keith Gilkey said.

Keith said his brother didn't speak to his son anymore, but that the son was there because of his wife's illness.

After killing his family, Paul Gilkey reportedly holed up in the room where his wife lay dying, while police waited outside the home for several hours. Gilkey eventually turned the gun on himself when they threatened to come inside.

Darlene Gilkey's son from another marriage was also inside, but escaped the shooting. Police said it was the stepson who had called the sheriff's office and that Paul Gilkey had let him leave "because he had kids."

CBS affiliate WBNS reports Sheriff Lanny North said they originally believed the shooter had taken hostages, so a negotiator had been called to the home.

Sheriff North said the situation ended up not being a standoff. "It was a squabble, but we're not sure what it was about."

Records show Darlene Gilkey had divorced Paul Gilkey twice, though her brother-in-law said they had again remarried. She gave his time in jail as a reason for both divorces, one in 1975 and the other in 1982.

Paul Gilkey was convicted of murder in 1974 for using a fence post to beat Eldon Hardy, 53, to death at his home. He entered the Ohio prison system in Nov. 1974 and was released in Aug. 1988.