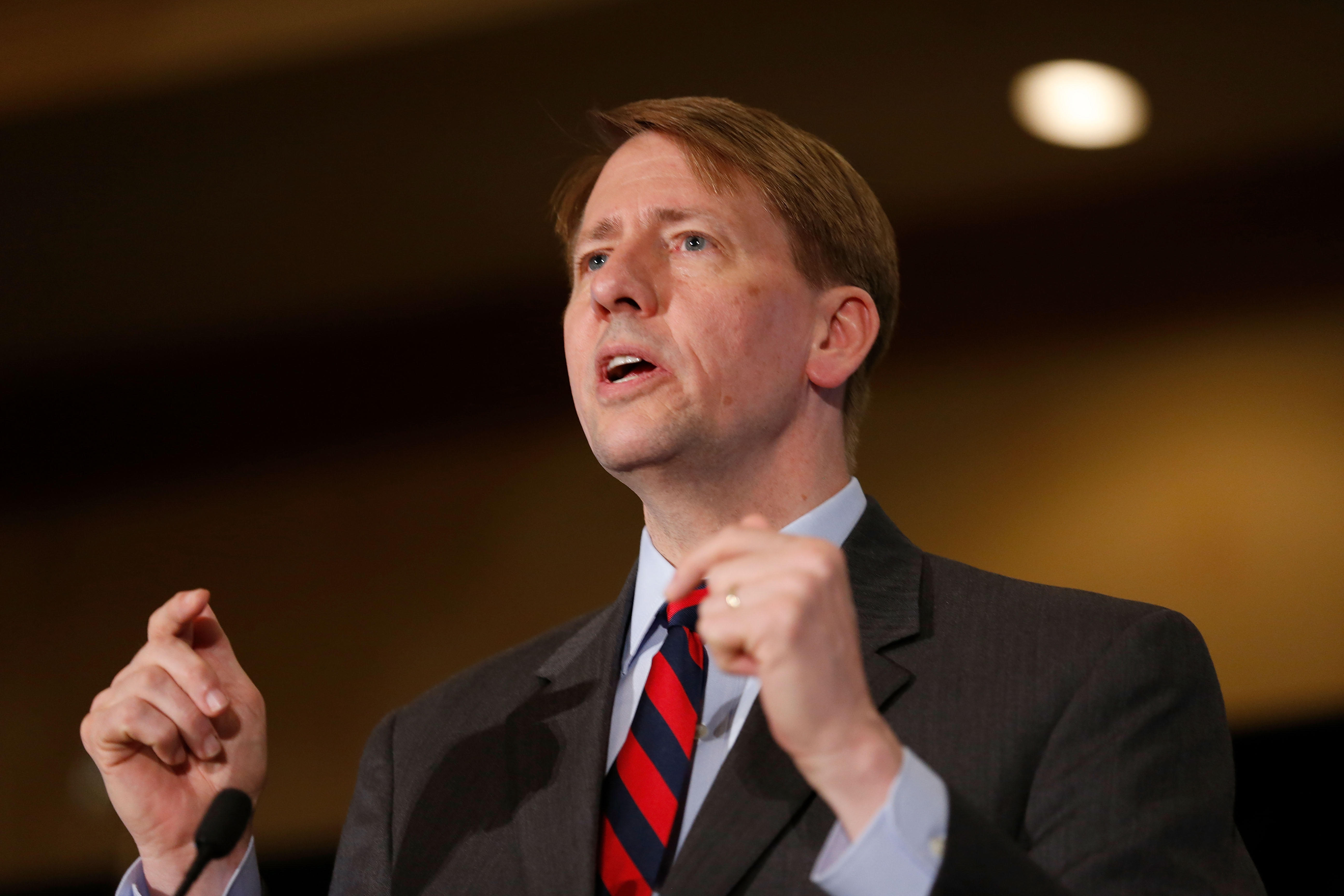 Ohio gubernatorial candidates Mike DeWine and Richard Cordray face off in their first debate Wednesday. The two candidates faced off at the University of Dayton starting at 7 p.m. ET.

This is not the first time the two have been opponents in an election – Republican DeWine ousted incumbent Democrat Cordray to become the Ohio attorney general in 2010. Cordray later became the leader of the U.S. Consumer Financial Protection Bureau.

The Ohio governor race is seen as a proxy battle between the Trumpian faction of the Republican Party and the centrist, Obama-influenced Democratic politics. President Trump has endorsed and appeared at a rally for DeWine, while former President Barack Obama has done the same for Cordray.

There will be two more debates before Election Day.

A debate characterized by personal attacks

They shook hands before the debate, but any illusion of cordiality between DeWine and Cordray faded during their opening statements. Cordray accused DeWine of acting as if he was entitled to Ohioans' votes, while DeWine said that Cordray was ineffective in his brief time as attorney general. Cordray served in that office for two years, while DeWine has been attorney general for eight years.

The two tussled over the opioid crisis, one of the biggest issues in the debate. Cordray criticized DeWine for not doing enough to mitigate the crisis during his eight years as attorney general, saying that taking guidance from DeWine on the opioid epidemic was like "asking for navigation advice from the captain of the Titanic." DeWine attacked Cordray for seeking to decriminalize some drug-related offenses.

The two also sparred over hot-button issues such as gun control and abortion. Cordray is an opponent of the Heartbeat Bill, a bill in the state Legislature that would ban abortion even in cases of race, incest, and danger to the mother's life. DeWine said that he would sign the bill. Pro-choice activists believe that this bill would present an opportunity for the Supreme Court to overturn Roe v. Wade.

At times, the candidates' attacks against their opponent became personal. "You're all talk, and you've done nothing. You've been a failure in every job you've ever had," DeWine told Cordray at one point.

The two also tried to assert both their independence from and ties to the president.

"I have said that when Donald Trump has done good things for the state of Ohio, I will work with him," Cordray said. "When he's doing things that are bad for Ohio, I will stand up and fight against him." He praised Mr. Trump's plans to improve infrastructure nationwide, which have not been realized.

DeWine said that he differed from Mr. Trump on certain issues, such as the separation of migrant families at the U.S.-Mexico border. However, he said it was important to work with the president.

"No matter who the president is while I'm governor, we will have that good working relationship," DeWine said. He also praised Mr. Trump's nomination of conservative judges to federal courts. "I think the president has done an excellent job on who he has appointed to the Supreme Court, but also the Circuit Court, and the District Court," DeWine said.

A poll released Tuesday by Baldwin Wallace University found DeWine five points ahead of Cordray, with 42 percent to Cordray's 37 percent support among likely voters. Important issues in the race include the economy, health care, and gun control.

Current Republican Governor John Kasich expanded Medicaid under the Affordable Care Act during his tenure, which Cordray supports. DeWine has said that he would seek to reform Medicaid expansion, and that he supports adding work requirements to Medicaid. Many Ohioans receive treatment for opioid addiction through Medicaid.