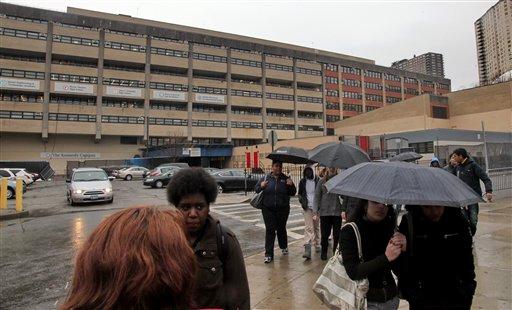 The Ohio delegation to the Electoral College cast its votes for President Bush on Monday, hours after dissident groups asked the state Supreme Court to review the outcome of the state's presidential race.

As members of the Electoral College met across the nation to affirm the results of last month's election, the 20 GOP electors in Ohio voted unanimously for Bush and Vice President Dick Cheney.

"The vast majority of people understand this election is over," said Gov. Bob Taft, who was at the electors' voting session in the state Senate chamber.

The challengers who went to the Supreme Court question whether Bush won the key swing state by 119,000 votes, guaranteeing his victory over Democrat John Kerry.

The court did not act on their request before the electors cast their ballots.

Jackson said the challengers noticed Bush generally received more votes in counties that use optical-scan voting machines and questioned whether the machines were calibrated to record votes for Bush.

Critics of the election claim there were disparities in vote totals for Democrats, too few voting machines in Democrat-leaning precincts, organized campaigns directing voters to the wrong polling place and confusion over the counting of provisional ballots by voters whose names did not appear in the records at polling places.

The challengers allege unlawful ballots were added to the total and legally cast ballots were altered. Without listing specific evidence, the complaint alleges 130,656 votes for Kerry and John Edwards in 36 counties were somehow switched to count for the Bush-Cheney ticket.

The complaint also cites several reports of Election Day problems, including people who allegedly saw their vote "hop" to Bush on touch-screen machines after they voted for Kerry.

If the court decides to hear the challenge, it can declare a new winner or throw out the results.

"While the existence of anomalies could possibly be explained by human error or technical malfunctions, the fact that, in every case in Ohio known to the contestors, the error favored the Bush-Cheney ticket, strongly indicates manipulation or fraud," the challengers said in a court filing.

While members of the Ohio delegation to the Electoral College voted in the state Senate chamber, about 10 protesters walked a sidewalk nearby. State police said the group was denied a permit to demonstrate on Statehouse grounds.

Congressional Democrats sent a letter to the governor on Monday, asking him to delay the electoral vote or at least consider the results unofficial until the disputes are resolved.

"The vote is required to move forward by law, and it will more forward," Taft spokesman Orest Holubec said. "The vote has been certified by the secretary of state, and all of the valid provisionals have been counted."

Carlo LoParo, spokesman for Secretary of State Kenneth Blackwell, said that for the challengers' accusations to be true, officials of both parties would have had to conspire to throw the election.

Led by a coalition representing the Green and Libertarian parties, the challengers are paying for recounts in each of Ohio's 88 counties that will begin this week. The recounts are not expected to be complete until next week.

Kerry issued a statement last week saying reports of voting problems should be investigated to ensure there are no doubts in future elections. His campaign supports the recounts but does not dispute that President Bush won the election.

Elsewhere, an unknown Democrat earned a footnote in history by casting one of Minnesota's 10 Electoral College votes for John Edwards, Kerry's running mate - the state's first "faithless elector," the dubious name for those who bypass the candidate who won the state's popular vote in the general election.

No one claimed credit for the Edwards vote. Several electors said they suspected someone unconsciously mixed up the two Johns on the ticket. "I'm certainly glad that the Electoral College is not separated by one vote," elector Michael Meuers said.

In New Mexico, a district judge in Santa Fe refused to order an immediate recount of presidential votes, saying the matter should wait until the state canvassing board takes it up on Tuesday.

The board's chairman, Gov. Bill Richardson, reiterated his opposition to the statewide recount sought by the Libertarian and Green parties' candidates, saying it "will not reform our election laws."

The parties say a recount would point to possible problems with various types of voting machines.