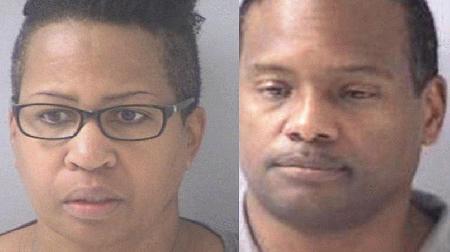 HAMILTON, Ohio - A couple accused of abandoning the adopted 9-year-old son they raised from infancy pleaded not guilty Wednesday.

Cleveland Cox, 49, and Lisa Cox, 52, are charged with nonsupport of dependents. Authorities allege the couple left the boy with children's services after saying he was displaying aggressive behavior and had earlier threatened the family with a knife. Trial is scheduled for Feb. 10.

A defense attorney and prosecutor declined to comment after the hearing. The couple was scheduled to be in juvenile court later Wednesday for a pretrial hearing regarding custody of the child.

Butler County Prosecutor Michael Gmoser has said there are legal consequences to what he called "reckless" abandonment.

According to the Hamilton Journal News, court records indicate the Coxes, “in concert” with child services agreed to terminate their responsibilities as parents. The couple was allegedly advised to tell the child about the separation, but when they dropped him off on October 24, he didn’t know why he was there.

After the parents left the boy, he allegedly told his caseworker he thought he was going to a hospital “to be fixed,” according to the paper.

Adolfo Olivas, an attorney appointed by the court to protect the boy's interests, has said the emotionally hurt and confused child is now receiving help that the parents should have gotten for him.

The executive director of the Washington-based Congressional Coalition on Adoption Institute, Kathleen Strottman, said she is concerned about the boy's well-being but also worries the threat of criminal prosecution could discourage adoptive parents from seeking help.

"I'm hoping that ultimately there was a good cause for this prosecution," she said. "What everyone wants is a child protection system that first and always stays focused on the needs of the child."

National adoption advocates say failed adoptions or dissolutions are rare in cases where the child was raised from infancy, and such discord seems to occur more often with youths adopted at an older age.

There seems to be less trauma in children placed with adoptive parents as infants, but emotional and behavioral issues can surface long after adoption, Strottman said.

People within the adoption community say they worry about emotional trauma to the boy. They say giving up a child after so much time is rare and undermines the stability and commitment that adopted children need.

As an adoptee, "you need reassurance that you are not alone," said Sixto Cancel, a junior at Virginia Commonwealth University who said he experienced abuse and never found a good fit in foster homes. Cancel now advocates for adopted and fostered children.

Greg and Robin Smith, another Ohio couple, last week adopted four siblings - ages 5 to 12 - whom they cared for as foster children for several years.

Robin Smith acknowledged some anger and other issues among the children stemming from earlier experiences.

"But you just can't give up on children, not matter how hard the situation is," she said.

According to the Journal News, if the couple is found guilty, they could face up to six months in jail and a $1,000 fine.