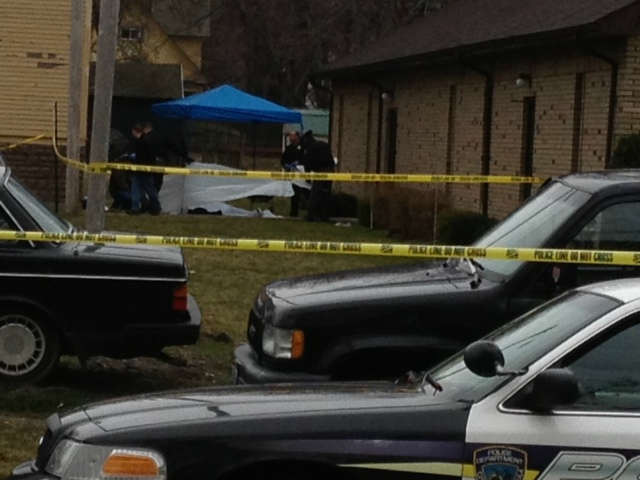 (CBS/AP) ASHTABULA, Ohio - Witnesses say the 25-year-old man accused of walking into an Ohio church and fatally shooting his father after an Easter service Sunday was yelling about God and Allah after the killing.

Police say Reshad Riddle killed his father, 52-year-old Richard Riddle, with a single shot from a handgun Sunday afternoon at the Hiawatha Church of God in Christ in Ashtabula.

Associate Pator Sean Adams told the Star Beacon of Ashtabula that worshippers started screaming, ducking down and calling 911 on cellphones after the shooting.

"It was terrifying," Adams told the newspaper. "The children were screaming and people were dialing 911. We were afraid to breathe."

Adams said that after the shooting, Reshad Riddle continued into the church, still holding the gun, and yelled that the killing was "the will of Allah. This is the will of God."

Reshad Riddle was quickly subdued by officers, who arrived just moments after the shooting. They say he has been mostly cooperative.

"Witnesses at the scene said the shooter entered church and made some references to Allah, but we are not sure if that was a motive or if there was a family problem," Stell said. "There is no indication that the father and son had a bad relationship. Everyone thinks this was very surprising."

Ashtabula County Common Pleas Court records show he was arrested and charged with two counts of felonious assault, kidnapping, abduction and tampering with evidence in 2006.

According to police reports, one of the felonious assault charges stemmed from an incident when Reshad Riddle allegedly attempted to cut his girlfriend's throat. Capt. Joseph Cellitti said the young woman's neck had been cut with a knife and she suffered bruising on her side and chest.

Church parishioners said Reshad Riddle was a member of the church as a child, but did not attend services regularly as an adult.

"No one would have thought twice about him being here with his family on Easter," Adams said. "His family (has) been members here for years and years."