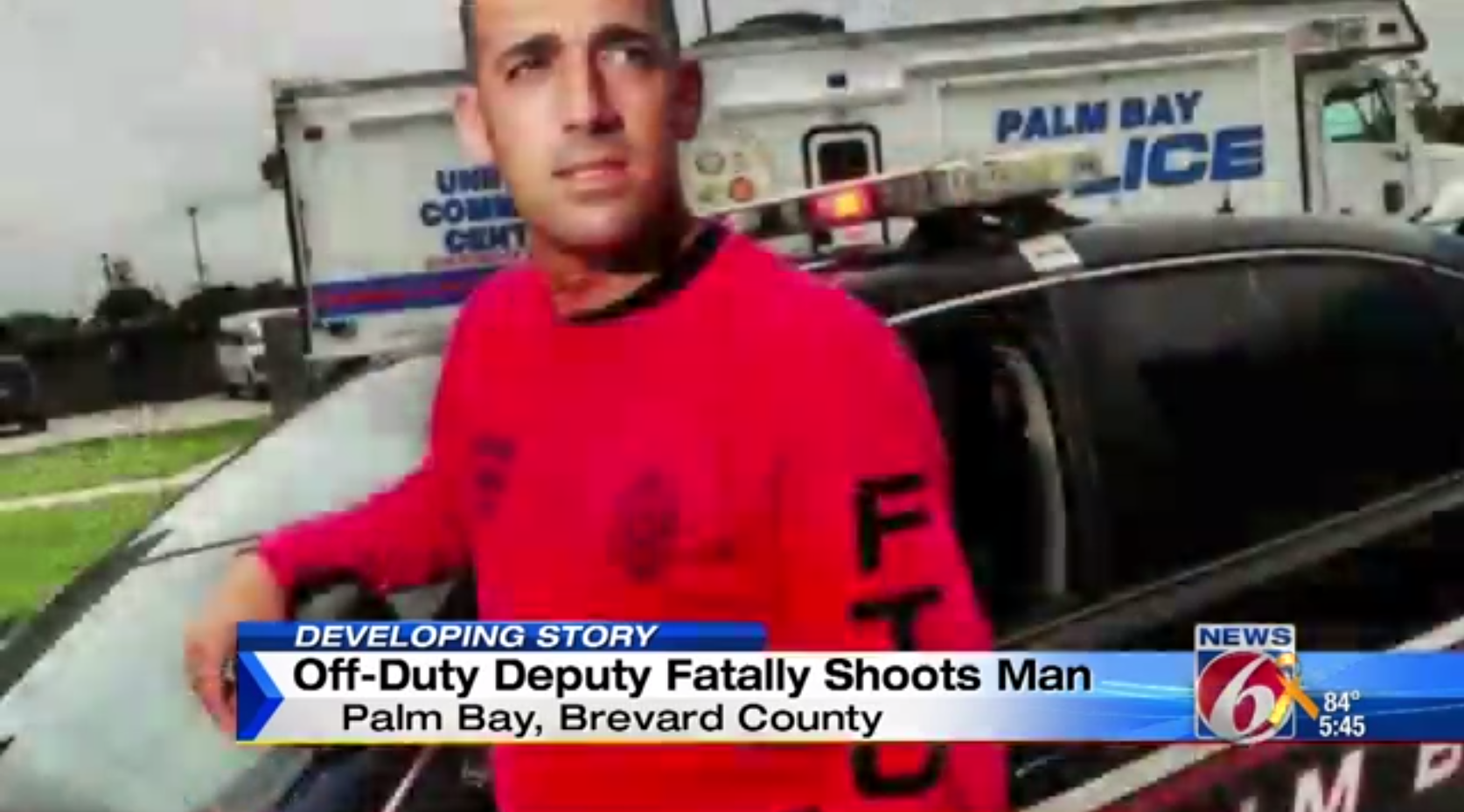 Yousef Hafza, who was off duty at the time of the shooting, was arrested in connection with the June 19 shooting of 25-year-old Clarence Howard, according to the Florida Department of Law Enforcement.

Officials described the confrontation between Hafza and Howard as a road-rage incident that occurred after the two nearly collided, reports the station. The driver of the car and Howard began following Hafza when they stopped and got out of their vehicles, according to the FDLE.

In the tapes, the dispatcher can reportedly be heard saying, "Units stand by, please, we're getting a possible shooting. Two men were chasing him. Sounds like road rage."

The recordings then continue, with the dispatcher saying a bullet hit the victim in the chest. "He got out of the car and started chasing him and he had to shoot him. [The bullet] appears to be in his lung."

The victim was then taken to the hospital, where he was pronounced dead, according to Florida Today, a local newspaper.

Dispatch recordings also show another person calling 911 at the time of the incident, according to the station. That person identified himself as Howard's brother-in-law, a passenger in Howard's car.

That person was the only witness to the shooting, other than the deputy, according to officials.

Hafza was then suspended without pay, pending an administrative review. But he is now expected to face a judge Tuesday afternoon.